YouTube-trained 'Dr. Rick' promises to cure your cancer in exchange for guns or pure silver 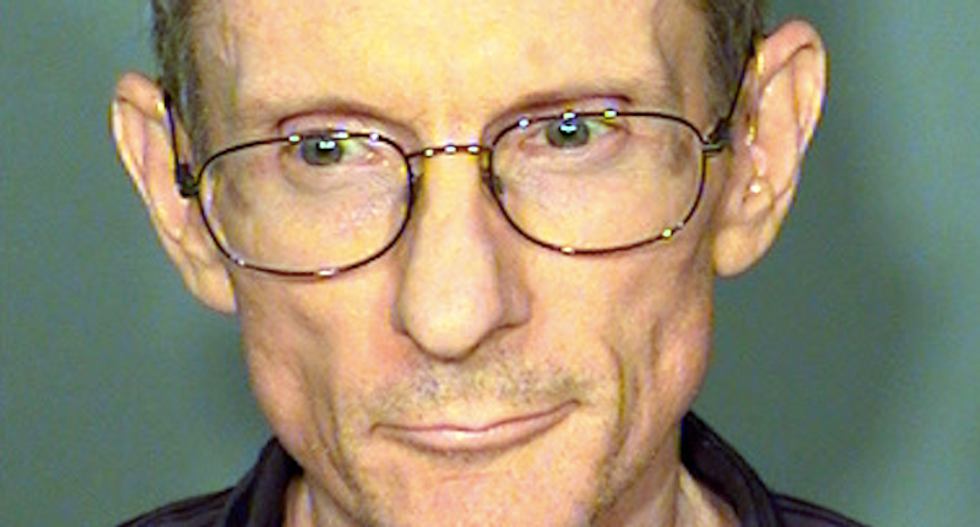 A "sovereign citizen" who spent time at the Bundy ranch has been charged with practicing medicine without a license.

Rick Van Thiel, who goes by "Dr. Rick," claims he learned surgical procedures from YouTube videos and promised to cure cancer, AIDS and most STDs at "unbeatable prices."

"I would say most of these people come to me because I'm not one of the Rockefeller-trained, drug-pushing doctors," Van Thiel told KTNV-TV after his arrest.

The 52-year-old Van Thiel said he doesn't believe he needs a license to administer "natural remedies," perform abortions -- which he calls making a woman "un-pregnant" -- or surgical procedures -- which he says he learned from watching YouTube videos.

"You don't watch one, you watch like 20 or 25 like I do," Van Thiel told KSNV-TV in another post-arrest interview. "Pretty close to anything you want to learn you can learn it off YouTube for free."

He admitted that he was not actually a surgeon but joked that he "played one in a movie" -- which the FBI is using as evidence against him -- that shows him removing a cyst from a client's back.

Authorities said Van Thiel has previous felony convictions for attempted battery, assault, burglary and robbery in both Nevada and California, and one of his websites boasts of other previous activities before opening his bogus medical practice.

Van Thiel used sovereign citizen rhetoric in a 2012 lawsuit challenging his arrest for suspicion of soliciting prostitution on the Las Vegas Strip, saying an undercover officer solicited sex from him -- which he offered for free.

The charges were eventually dropped, along with his lawsuit.

Van Thiel claims there are "hundreds" of cancer cures available, and he uses one technique known as "ozone therapy" -- which introduces oxygen to the bloodstream and has been linked to several deaths, including a woman treated by two "holistic doctors" from Las Vegas.

He admits, however, that two men he "cured" of HIV were later re-infected, and Van Thiel said he heard one of them had died.

One of his website contains supposed patient testimonials claiming Van Thiel had cured their pneumonia, infections, dental problems and even mental illness through unorthodox methods.

"I was so depressed that I could not even think of a reason to live another day," one testimonial claims. "All I could think about was how to kill myself and make sure I did not fail. I was instructed by Doctor Rick to do a few things. I did them and the next day the depression was gone completely!"

The self-described sovereign citizen does not believe the government has the authority to prosecute him for a transaction between two consenting adults.

Van Thiel promised his clients that he could deliver "sovereign babies" in his trailer without a birth certificate, which he told parents meant the child would have the choice upon turning 18 years old whether to become a “free being or to become a slave."

His views on politics and the law inspired two other sovereign citizens who plotted to kidnap and kill a random police officer before their August 2013 arrest.

David Brutsche, a convicted sex offender from California, was introduced to the concept of sovereignty the previous year by his friend, Van Thiel -- who he told undercover police was "a great resource for sovereigns."

Brutsche and co-conspirator Devon Campbell, the former public relations director of Scientology's "Celebrity Center," were each sentenced to a year on probation after pleading guilty to conspiracy charges.

Van Thiel posted a rambling YouTube video distancing himself from the plot, but he turned up the following April to support scofflaw rancher Cliven Bundy -- along with Jerad and Amanda Miller, who gunned down two Las Vegas police officers before killing themselves in June 2014.

He told clients that doctors are being murdered by the government as part of a conspiracy to cover up an alleged link between vaccines and autism and to prevent a cure from being developed and marketed.

Van Thiel promoted his unlicensed medical practice on a pair of websites and also on Craigslist, and he offered to conduct "natural remedy research" on qualified patients in exchange for firearms, Bitcoin or "other commodities that we find value in" -- such as 99.9 percent pure silver.

"Expect to save a lot of money but don't expect a fancy clinic," his website warns.

"Our goal is to get you healthy as quickly and cheaply as possible," one site promised. "Obammacare [sic] probably costs more than all the natural remedies you could use in a year."

He also warns that he is not, in fact, a physician but waves away those concerns with a disclaimer.

"For the purposes of this website the term 'doctor' or 'Doctor Rick' is a nick name [sic] and not intended to infer state sanction or Rockefeller drug pushing training," the disclaimer says. "The purpose of this site is not to beg for FDA endorsement or to diagnose or treat disease, it is to help you make informed decisions necessary to take control of your own life and health, and now to care for it in the manor [sic] you decide is best for you."

Van Thiel was charged with acting as medical practitioner without a license, owning or possessing a gun by a prohibited person, possessing illegal drugs and furnishing dangerous drugs without prescriptions.

He remains held without bond, and he intends to represent himself when his case goes to trial.