1,000 cops in 6 years lost their jobs over 'sex crimes or sex-related misconduct' 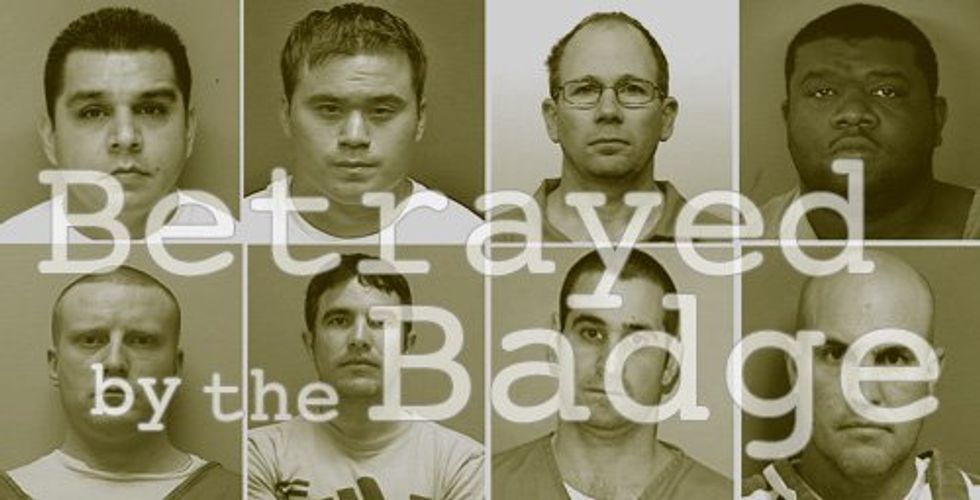 Around 1,000 policemen across the US had their licenses revoked and lost their jobs over the last six years on account of numerous sexual offenses that included rape and possession of child pornography, an AP investigation based on official data revealed.

The probe involved examining records from 41 states to see how many police officers’ licenses were revoked in 2009-2014 and for which offenses. Police decertification data was not provided by nine states and the District of Columbia. The investigation included examining the records of state and local police, sheriff’s deputies, prison guards and school resource officers. However no federal officers were included in the investigation.

The probe revealed that 550 officers were decertified for various sexual assaults, including rape. Some were dismissed for sodomy or sexual shakedowns, where victims were forced to perform sexual acts to avoid arrest.

A further 440 officers lost their jobs for other sex-related offenses, such as possessing child pornography, being a peeping Tom, sending sexually charged messages to underage teens or having sex while on duty.

About one-third of the officers lost their jobs for committing sexual offenses with juveniles.

Those who fall prey to police are often young, poor, drug abusing individuals who don’t report their cases to the authorities. Victims included motorists, schoolchildren who were patted down in searches for illegal drugs, or women forced to perform sexual favors to avoid legal troubles. Prison inmates were also forced to have sex with guards.

The real number of sexual offenses could however be much higher, as AP only looked into registered cases where an officer lost their badge because of an offense. Lawyers and police chiefs acknowledged that some departments let the sexual assaults slide to limit their liability, allowing their staff to quietly resign or transfer to other duty stations or departments.

Furthermore the probe notes that not all decertified officers faced criminal charges as some policemen surrendered their badges voluntarily to avoid a potential scandal.

“It’s happening probably in every law enforcement agency across the country,” said Chief Bernadette DiPino of the Sarasota Police Department in Florida, who helped study the problem for the International Association of Chiefs of Police. “It’s so underreported and people are scared that if they call and complain about a police officer, they think every other police officer is going to be then out to get them.”

AP points out that their findings, together with other research and interviews with experts, suggest that sexual misconduct is one of the main problems facing police departments across the US. Citing news articles and research undertaken by Phil Stinson of Bowling Green State University who looked at the period 2005 to 2011, the agency reports that his findings discovered 6,724 arrests involving more than 5,500 officers.

Out of almost 7,000 arrests, sex-related cases were the third-most common. Police violence and profit-motivated crimes topped the list. According to another study, the Cato Institute’s investigation discovered that in 2009 and 2010 sex misconduct was the second most reported offense against officers, after the use of excessive force.