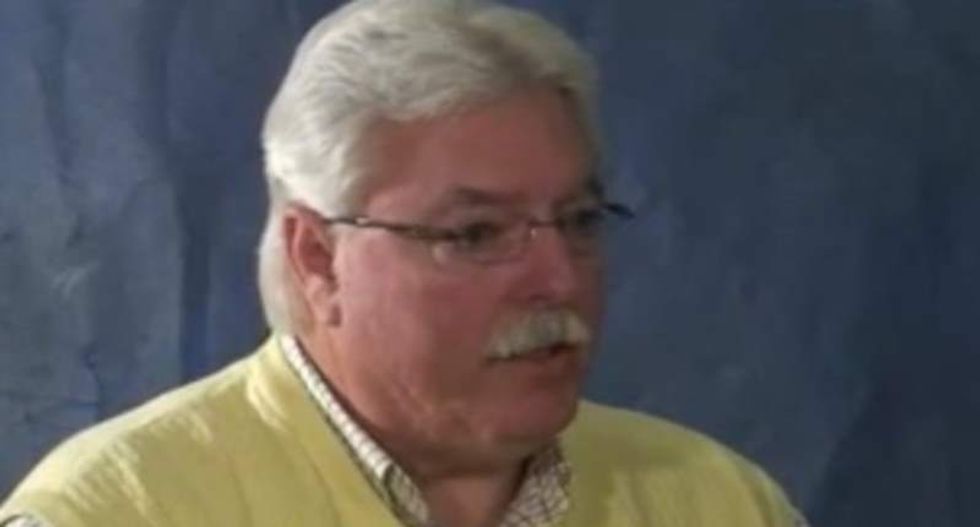 The Republican head of Alabama's Economic Development and Tourism Committee accused an untold number of business owners in his state of backing terrorists on his Facebook page on Monday, the Daily Beast reported.

"The C stores/tobacco outlets, etc. with the lights around the windows and doors are not owned by God fearing Christians," state Rep. Alan Harper (R) wrote, using a short-hand term for convenience stores. "In large part, these stores are owned by folk that send their profits back to their homeland and then in turn use these funds against our country to create turmoil, fear and in some cases death and destruction."

Harper advised his contacts to "try to shop and purchase gas and other items at American owned stores" during their holiday travels. When one asked how they would be able to identify a store owner, he wrote, "Look behind the cash register. Most are owner/operators."

However, he has refused to identify any source behind his allegation, saying on his page that he was "taken out of context" and later telling the Tuscaloosa News that the post was meant "to simply say 'buy locally and buy American.'"

Business owners in the state's 61st legislative district, which Harper represents, criticized the former Democrat for his remarks.

"It's not something he should've said," said 36-year-old Brijesh Darji, who emigrated to the US when he was 8 years old. "As a state representative, he should be looking out for the benefit of the state."

Another convenience store owner, 45-year-old Jay Patel, said he and his family are often asked whether they are Arabs. In reality, Patel came to the US from India 25 years ago. At the same time, he said, he would donate money to his local school district while living in Tuscaloosa before moving to Northport, where Harper once served on the city council.

Patel's 21-year-old son, Roshan Patel, invited the lawmaker to come to the family's store to see how it operates.

"He's basically just profiling us all into the same community," the younger Patel said of Harper.

Harper's post can be seen in its entirety below.

Friends,I have posted regarding this issue once before and believe it worth another read. As you travel during the...