Ana Kasparian hammers Republicans: You use veterans to excuse wars then deny them healthcare 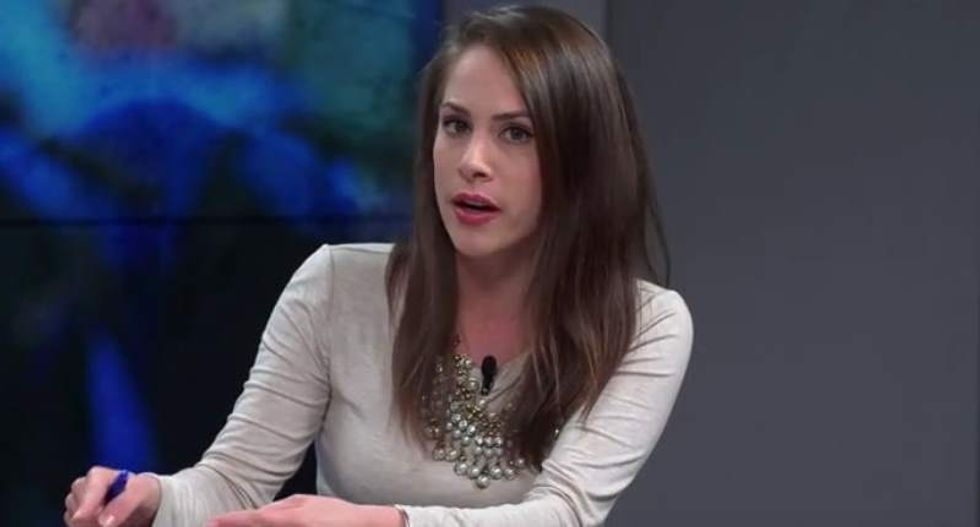 Young Turks host Ana Kasparian slammed Republicans on Wednesday -- Veteran's Day -- for dismissing any question about US military actions like the Iraq War by accusing critics of "not respecting the troops."

"No, you don't respect the troops," she argued. "You use the troops as an excuse to go to war in a country where we don't belong. And on top of that, you deny them of incredibly important health benefits so they can get the treatment they need when they come back to the United States."

Many veterans, Kasparian said, are targeted by recruiters because they come from low-income communities.

"Recruiters will go to them and say, 'Hey you know what? Here's a chance for you to turn your life around,'" she said. "Once they're out of the military or once they come back, they don't have the same type of safety net that the middle class or the upper middle class have."

Without that kind of safety net, she said, it is easier for them to become homeless. Co-host John Iadarola underscored her argument by citing a Vocativ report stating that there are still nearly 50,000 homeless veterans in the US, and more than 1.2 million veterans currently lacking health care.

Iadarola also recalled the build-up leading to the wars in Afghanistan and Iraq, with conservatives using the phrase "support our troops" at every opportunity.

"We know now that 'Support Our Troops' means now what it always meant," he said. "It means,' Do not question the military adventure that we are proposing right now. That's all it means. Veterans, after they've served -- for most politicians, especially Republicans but some Democrats, as well -- serve one or two limited purposes. You put them in back of you for photo ops or speeches, or maybe one or two of them who have told you in advance they will launch the next series of wars, you can put them up as potential congressmen."