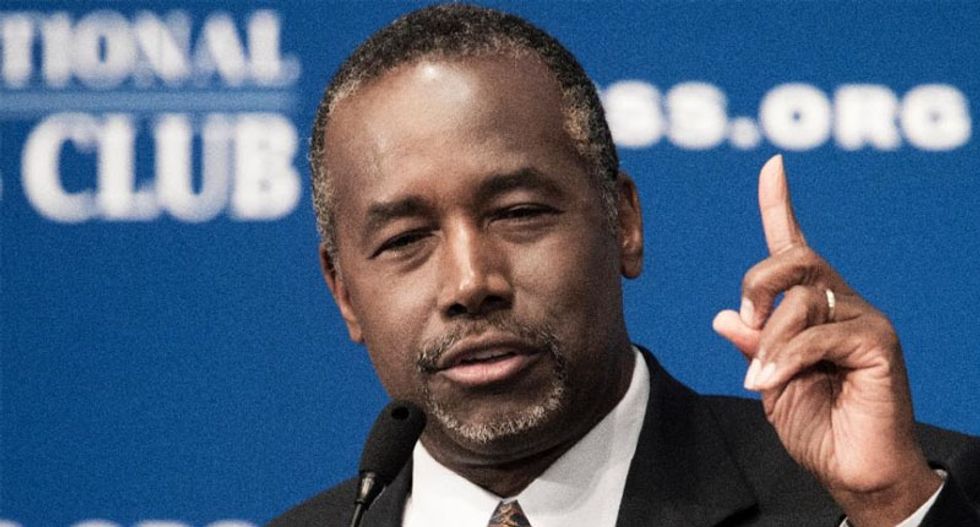 Republican presidential candidate Ben Carson on Thursday likened refugees fleeing violence in Syria to "rabid dogs," and said that allowing them into the United States would put Americans at risk.

"If there is a rabid dog running around your neighborhood, you're probably not going to assume something good about that dog,” Carson, a front-runner in some opinion polls, said Thursday at a campaign event in Mobile, Alabama.

"By the same token, we have to have in place screening mechanisms that allow us to determine who the mad dogs are, quite frankly," the retired neurosurgeon said, criticizing President Barack Obama's plan to admit 10,000 Syrian refugees within a year.

Obama administration officials have emphasized the refugee vetting process, which can take as long as two years.

But Republican presidential candidates and dozens of Republican governors have come out strongly against the refugee plan this week following the deadly Islamic State attacks in Paris on Friday.

On Thursday, the U.S. House of Representatives, defying a veto threat by Obama, overwhelmingly passed Republican-backed legislation to intensify security screenings of Syrian refugees and suspend the program to admit 10,000.

“It really is unconscionable that he would stoop to such levels in smearing people who are fleeing violence and oppression, seeking a better life. Something he, himself, would do if put in the same circumstances,” he said.

Carson said, "Who are the people who want to come in here and hurt us and want to destroy us? ... It is foolish for us to accept people if we cannot have the appropriate type of screening."

Carson has called for Congress to cut off funding to programs used to bring refugees into the country.