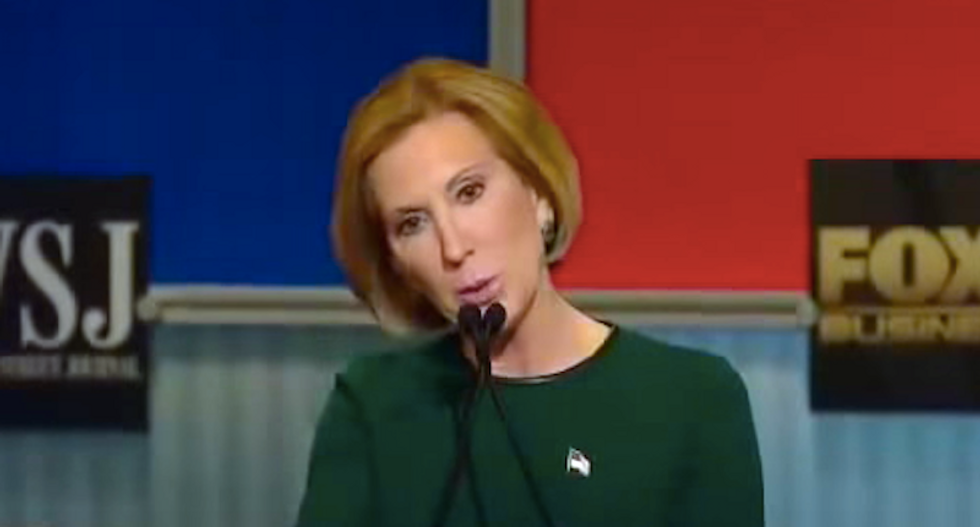 The fourth Republican debate was much tamer than the last, broadcast within the friendly confines of the Fox Business channel -- whose moderators generally allowed candidates to answer the question they wished they'd been asked.

Even with that cozy dynamic, the GOP candidates dropped some whoppers in Milwaukee. Here are seven of the wildest lies and distortions candidates offered during Tuesday's presidential debate:

1. Carly Fiorina claimed she had met privately with Russian President Vladimir Putin, which she apparently has, but she said it was "not in a green room for a show." Her statement was intended as a slap at Donald Trump, who had bragged that he had been "stablemates" with Putin when they appeared on the same episode of "60 Minutes." Fiorina included a nifty dodge in her claim; she did, as she's previously stated, meet the Russian leader in a green room -- but it was before a 2001 conference they both spoke at, so not technically a show.

2. Marco Rubio claimed "welders make more money than philosophers" to promote vocational training over liberal arts education. However, according to the salary database PayScale.com, the average annual salary for graduates with a bachelor’s degree in philosophy is $97,000 -- while graduates with an associates degree in welding technology earn just $58,500.

3. New Jersey Gov. Chris Christie, during the early debate, claimed that Democrats intend to raise tax rates to 70 to 80 percent -- although no presidential candidates or lawmakers have actually proposed doing that.

4. Mike Huckabee, also during the early debate, claimed that only one in five migrants who went to Europe from the Middle East was "actually Syrian." However, the former Arkansas governor was citing data from a three-month period before Syrian refugees began pouring into Europe as they fled civil war. Those refugees whose motives Huckabee questioned did, in fact, come from other war-torn countries and did not actually claim to be Syrian. Overall, Syrian refugees make up half of those who have fled this year to Europe. Bizarrely, Huckabee also claimed that only the United States was being asked to take in Syrian refugees.

5. Jeb Bush identified Islamic terrorism as the biggest threat to the U.S., although about as many Americans have been killed in the last month or so by household guns as terrorists have killed since 2001. In fact, dog bites killed more Americans last year than terrorists. Law enforcement officials say right-wing domestic terrorists pose a greater threat than Islamic terrorists.

6. Donald Trump complained that China had outmaneuvered the U.S. in the widely unpopular Trans-Pacific Partnership -- which the real estate tycoon and reality TV star said was designed to have “China come through the back door." But, as Sen. Rand Paul (R-KY) pointed out during the debate, China isn't part of that trade deal.

7. Ben Carson was asked a relatively benign question about the apparent inconsistencies in his memoirs, and he thanked moderator Neil Cavuto for "not asking me what I said when I was in the 10th grade." However, the retired neurosurgeon published his unsubstantiated claims about stabbing a friend as an angry teen in multiple books, and he frequently tells the story during campaign events and during interviews. He also talks frequently about supposedly receiving a scholarship offer to the U.S. Military Academy at West Point, although details of those claims also don't stand up to scrutiny.

Watch this excerpt from the the debate broadcast by Fox Business: