Comic legend Mel Brooks: If I were making a Trump sitcom it would be about a powerful idiot 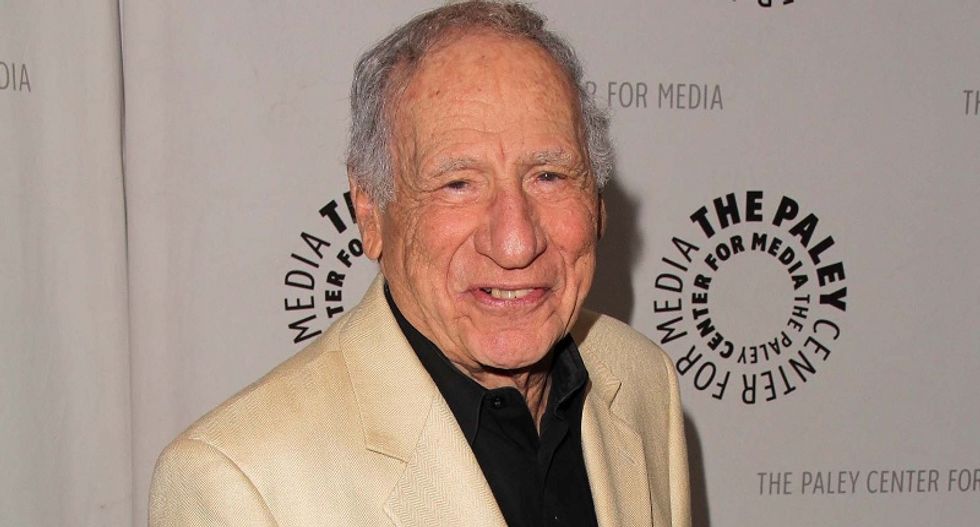 Comedy legend Mel Brooks said in an interview this week that he considers GOP presidential candidate Donald Trump to be nothing more than comedy fodder.

The creator of such farces and parodies as Blazing Saddles and Spaceballs said he hopes Trump stays in the race because he thinks he's hilarious. The comments were made this week in an interview with Entertainment Weekly.

"If I were doing a sitcom I’d do it about a powerful idiot like this guy, who’s running a big corporation or a big network and we’d get to see behind the scenes what an idiot he is," Brooks said. "The most interesting thing happening was Fox News turning on Trump. That’s hysterical. It’s like Bavaria fighting with Austria — they’re both Germans!"

Brooks, who is Jewish and often skewers Hitler and the Nazis in his work, made the comments before Trump said Thursday he thought Muslims should be forced to have special identification cards, drawing comparison to Nazis making Jewish people wear yellow-colored Stars of David on their clothes.

Trump was on Saturday Night Live this month, propping himself up as the butt of a joke in which comedian and Seinfeld creator Larry David shouted off-stage, "Trump's a racist!" The real estate mogul, who is combative, bombastic and constantly on Twitter attacking people and boasting, has been criticized for remarks calling migrants from Mexico criminals and rapists.

"Thank God for Trump," Brooks said. "He’s grist for the comic mill and we need it, God bless him."