Domestic terrorism and the evil that men do 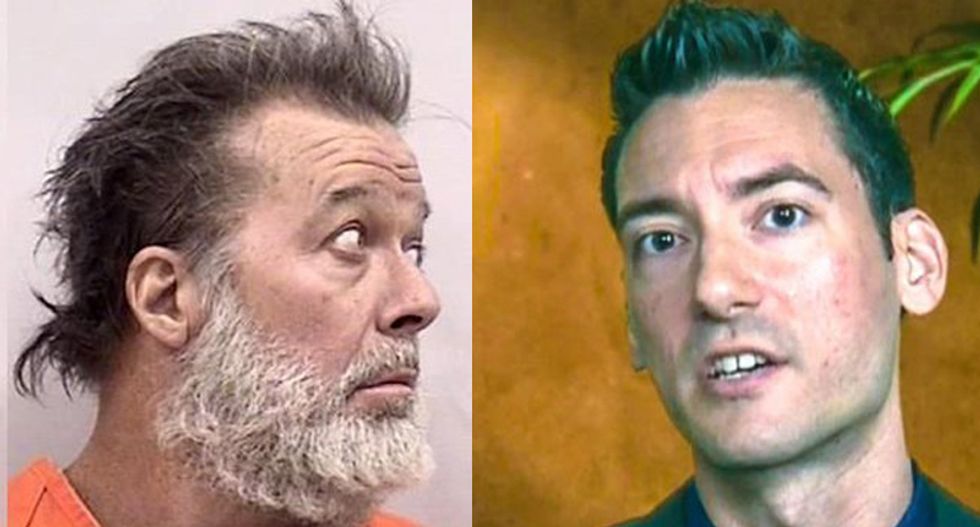 Of all the phony attacks and accusations made against Planned Parenthood by a new generation of anti-choice activists like James O' Keefe and Lila Grace Rose, the videos created by former O'Keefe confederate David Daleiden raised the bar -- or lowered it depending on how you view them -- on over the top accusations intended to fire up Christian conservatives and embolden lawmakers to do all they can to destroy Planned Parenthood.

Where Daleiden really hit one out of the park for the anti-choice crowd was when he accused Planned Parenthood of selling  fetal tissue -- used by researchers looking for cures for Alzheimer's, among other things -- and making a profit off of it.

Which turned out to be a lie.

When interviewed, Daleiden carefully parsed his words and flagrantly misinterpreted the words of the people caught on tape, thereby filling his nothing-burger of an exposé -- for which he received a nice budget that allowed him to work on the project for two years -- with red meat for the anti-choice crowd.

On a certain level -- with the aid of the media which uncritically ran with his narrative -- Daleiden was more than modestly successful. Republican lawmakers in conservative states were able to cut some funding for Planned Parenthood, while GOP presidential candidates had yet something else to grandstand about in order to woo the evangelical base.

With so much heat thrown off by Daleiden's anti-abortion project, it is no surprise -- and it absolutely cannot be to him -- that someone somewhere would take his lies to the extreme and try and do something about it. With extreme prejudice.

According to NBC, Robert Lewis Dear -- who killed three people including a cop, making him a hero to these "pro-life" folks while shooting up a Colorado Springs Planned Parenthood -- reportedly told investigators "no more baby parts" after he was arrested.

As they say: Who could have predicted that?

To all appearances, Dear appears to be either mentally unstable or an anti-social kook who, despite a history of run-ins with the law including domestic violence, was able to easily obtain a gun or guns. For that you can thank the NRA later.

There is no indication that Dear was or is religious, but a predisposition to being either anti-choice or anti-woman certainly was a factor.

Unlike Scott Roeder, who murdered Dr. George Tiller in a Wichita church,  one needn't act as the hand of God taking holy vengeance to "save the children." You just need a motive --imagined or not -- to pull the trigger.

So it appears that Robert Lewis Dear shot up a Planned Parenthood because he was familiar with David Daleiden's videotape lies. This is not to say that this is something that Daleiden was hoping for. But when Daleiden published his videos with great fanfare, he primed more than a few future domestic terrorists to take the law -- God's or their own -- into their own hands.

David Dalieden didn't pull the trigger -- he just showed Robert Lewis Dear where he needed to aim the gun.