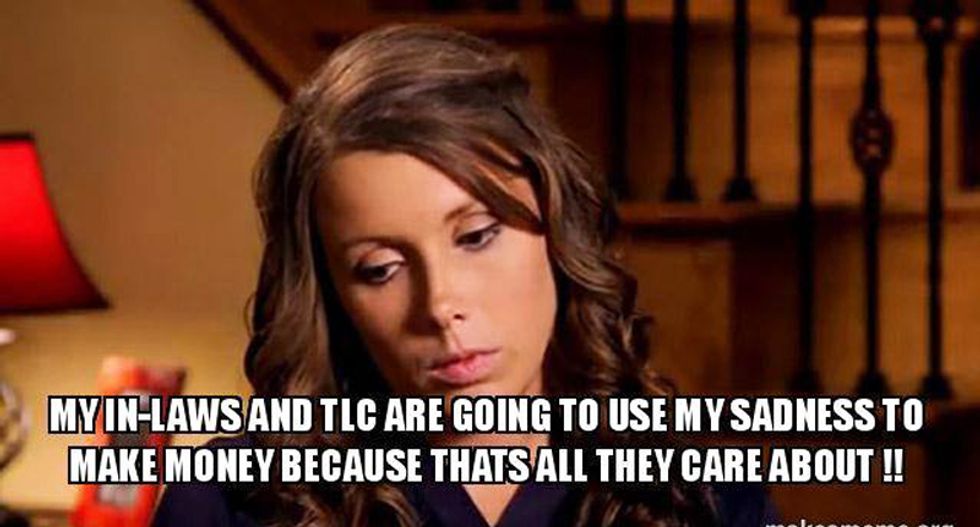 Fans of the recently canceled Duggar family reality show, 19 Kids and Counting, are pushing back at the TLC network for launching a new limited-run series featuring two of the Duggar sisters who were molested by their brother when they were little girls.

TLC had previously announced plans to feature Jill and Jessa Duggar in a new show called "Counting On," and released one of the first promotional video for the show -- slated to run Dec.13 -- on the show's official Facebook page on Friday.

Duggar fans, still reeling from the scandals that cost the family their show after it was revealed that Christian fundamentalist parents Jim Bob and Michelle Duggar hushed up eldest son Josh's admission that he had molested his sisters and another young girl, became enraged by what they see as the new show exploiting Josh's wife Anna.

Besides calling for an advertiser boycott of the three episodes of Counting On, fans are expressing their displeasure with Jill and Jessa Duggar, as well as TLC on the Facebook page. Responding to a description calling the show "From a time of turmoil to a time of celebration," fans are bringing their own brand of turmoil in the comments.

Elaine Ewing Spangler wrote, "Disgusting how TLC & the Duggars will use Anna to gain sympathy yet dissed her in Aug. for not being joyfully available to her husband. I am done with TLC." 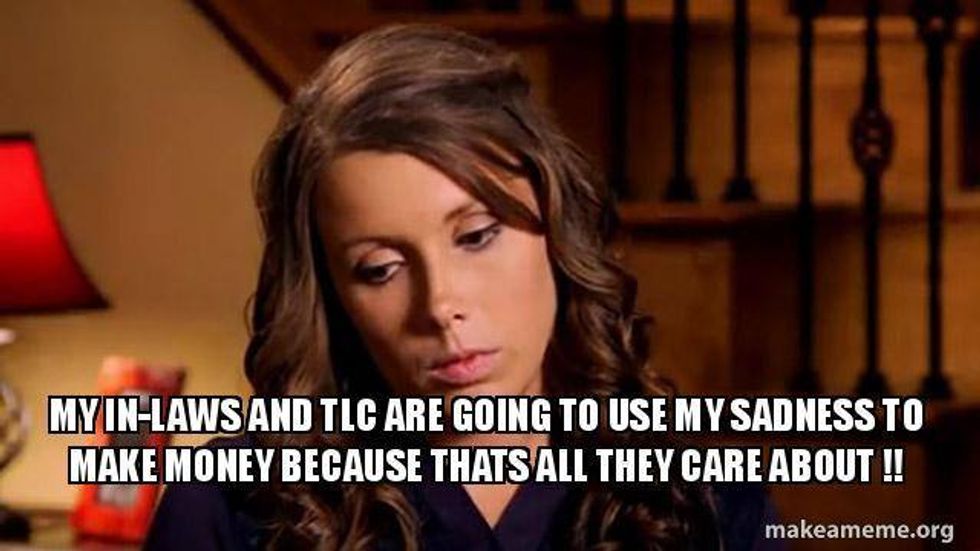 "Pimping out Anna now - you money-hungry people will stoop to the lowest of lows. You should be encouraging Anna to get the heck out of your family and get her children to safety away from their child-molesting father!" wrote Sue Jessee. "Hypocrites, beggars, lazy non-working grifters that will do anything for money. Get a freaking job and get Anna and her kids out of there!"

Linda Case wrote, "It's a sham, coercing Anna to contribute like she's forgiven that pig of a husband, especially now with Josh's girlfriend suing him for assault and battery. And I'm assuming Arkansas CPS is keeping a close watch on the situation with Anna and her children (at least they would in my state) and that alone must be unnerving to a woman who is all about her children. Anna's involvement is all for show, for the sake of the SHOW. ANYTHING for the sake of this stinkin show no matter who it hurts. The Duggars are so sick. No child should be allowed in any of these households."

And Mary Mack summed up the feeling of many who have heard about the show: "What part of No More Duggars does this network not understand??!!"