'F*CK AMERICA IN THE A**!' Las Vegas man indicted for threat to put Obama into a wood chipper and 'start WW3' 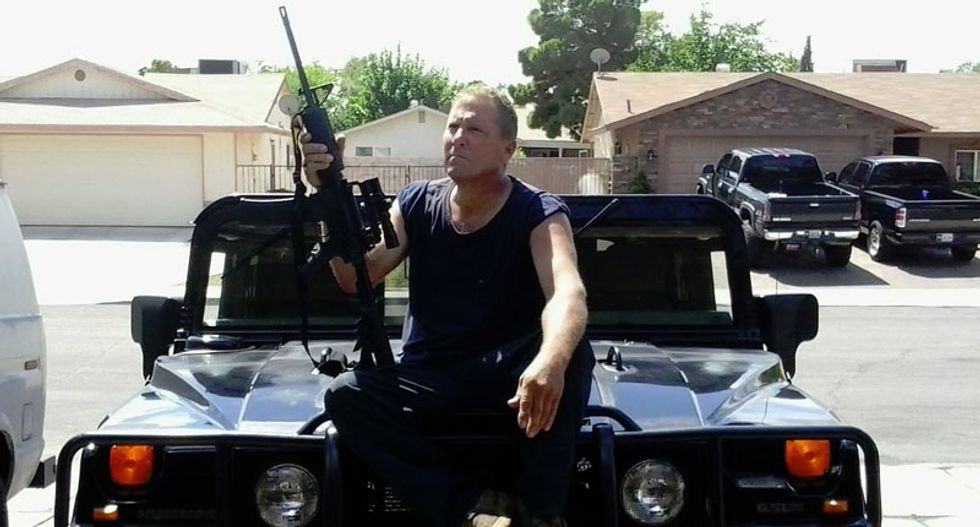 A federal grand jury has indicted a Las Vegas man for threatening to gun down or hang President Barack Obama and members of Congress.

Federal authorities in Nevada arrested Ponthieux, the owner of seven registered guns, in June after he threatened the president and congressmen on his Facebook page.

Ponthieux wrote: "I think we all need to get our guns and shoot all of these out of control congressmen and senators and Obama! Any survivors, hang them, then try their dead bodies for High Treason! Then after they hang in the streets for a week, run over them then to the tree chipper to finish the job and use them for fertilizer for all of Monsantos GMO bullshit, then feed it to the Monsanto fucktards and do the process over and over and over again until they all get fucking regurgitated by this fucktard earth of ours! FUCK EVERYONE WHO SITS ON THEIR FUCKING ASSES AND DO NOTHING ABOUT OUR PRESENT SITUATION! FUCK AMERICA IN THE ASS!"

"[W]ho has the nutts with me to start WW3 right here in Vegas, and letit pour all over this fucking globe of ours?" he added.

Las Vegas police said they received a tip that Ponthieux had asked about obtaining ammonium nitrate, a chemical fertilizer used in the bombing of the federal building in Oklahoma. But a search of his home turned up no explosives.

Ponthieux told FBI agents he posted the inflammatory threats on Facebook because he was "very angry and frustrated with the United States government."

Ponthieux's lawyer, Bill Gamage, said his client had a First Amendment right to express his frustration with elected officials.

"His statements very likely will be deemed protected First Amendment speech," Gamage said in June, according to the Associated Press.