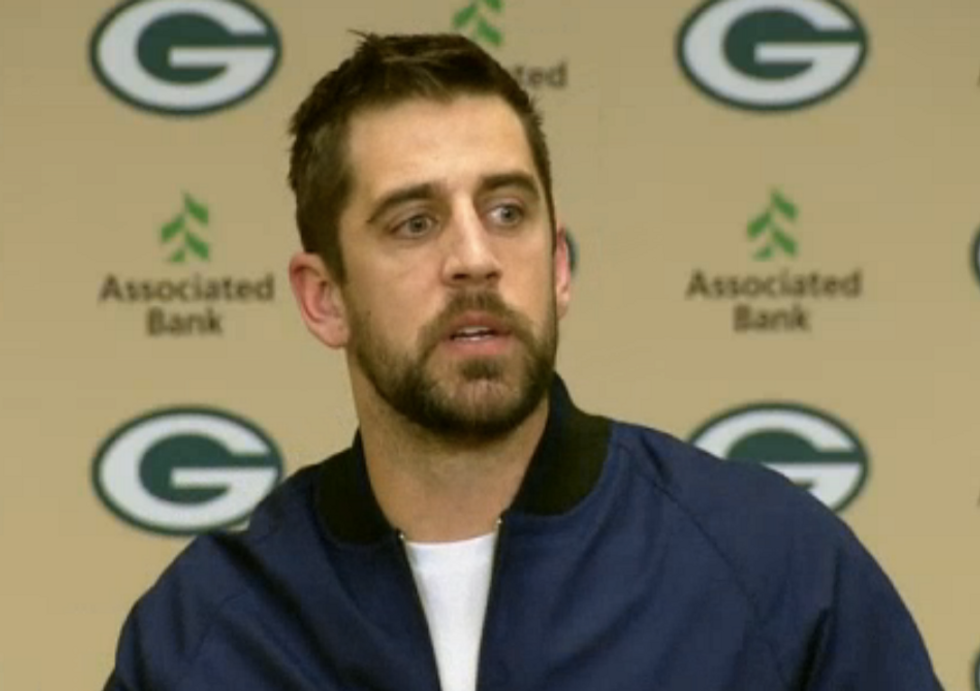 Aaron Rodgers was upset by incidents on and off the field on Sunday. Firstly his Green Bay Packers side lost to a weak Detroit Lions team, then he voiced his displeasure about apparently Islamaphobic comments made from the crowd during a pre-game tribute to the victims of the Paris terror attacks.

The NFL held a brief silence before Sunday’s games, some of which were broken by calls from fans.

“I think it’s important to do things like that, we’re a connected world, you know — six degrees of separation,” Rodgers said after game. “I must admit, though, I was very disappointed with whoever the fan was who made a comment that I thought was really inappropriate during the moment of silence. It’s that kind of prejudicial ideology that I think puts us in the position that we’re in today as a world.”

Rodgers declined to say exactly what he heard but several fans had started chants of “Go Pack Go” during the silence. Others fans could be heard telling the offenders to show respect.

The Packers’ defeat saw them slip to 6-3 and relinquish their lead in the NFC North to the Minnesota Vikings.