It's not just racism: Why do American cops kill so many people compared to European cops? 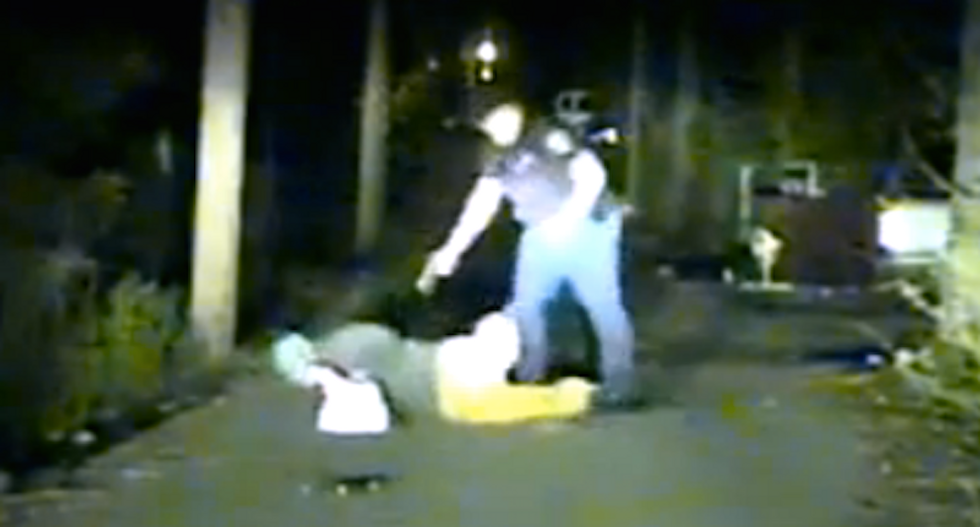 Van Dyke is an extreme example of a pattern of unnecessary deadly force used by US police. American police kill a few people each day, making them far more deadly than police in Europe.

As a scholar of sociology and criminal justice, I recently set out to understand why rates of police lethality in the US are so much higher than rates in Europe.

Such massive disparities defy a simple explanation, but America’s gun culture is clearly an important factor. Unlike European nations, most states make it easy for adults to purchase handguns for self-defense and to keep them handy at nearly all times.

Acquiring guns illegally in the US is not much harder. About 57% of this year’s deadly force victims to date were allegedly armed with actual, toy or replica guns. American police are primed to expect guns. The specter of gun violence may make them prone to misidentifying or magnifying threats like cell phones and screwdrivers. It may make American policing more dangerous and combat-oriented. It also fosters police cultures that emphasize bravery and aggression.

Americans armed with less-lethal weapons like knives – and even those known to be unarmed – are also more likely to be killed by police.

Less-lethal weapon holders make up only about 20% of deadly force victims in the US. Yet the rates of these deaths alone exceed total known deadly force rates in any European county.

Knife violence is a big problem is England, yet British police have fatally shot only one person wielding a knife since 2008 — a hostage taker. By comparison, my calculations based on data compiled by fatalencounters.org and the Washington Post show that US police have fatally shot more than 575 people allegedly wielding blades and other such weapons just in the years since 2013.

Racism helps explain why African-Americans and Native-Americans are particularly vulnerable to police violence. Racism, along with a prevailing American ideology of individualism and limited government helps explain why white citizens and legislators give so much support to controversial police shooters and aggressive police tactics and so little to criminals and poor people.

But racism alone can’t explain why non-Latino white Americans are 26 times more likely to die by police gunfire than Germans. And racism alone doesn’t explain why states like Montana, West Virginia, and Wyoming — where both perpetrators and victims of deadly force are almost always white – exhibit relatively high rates of police lethality.

An explanation may be found in a key distinguishing characteristic of American policing – its localism.

Each of America’s 15,500 municipal and county departments is responsible for screening applicants, imposing discipline, and training officers when a new weapon like Tasers are adopted. Some under-resourced departments may perform some of these critical tasks poorly.

More than a quarter of deadly force victims were killed in towns with fewer than 25,000 people despite the fact that only 17% of the US population lives in such towns.

By contrast, as a rule, towns and cities in Europe do not finance their own police forces. The municipal police that do exist are generally unarmed and lack arrest authority.

As a result, the only armed police forces that citizens routinely encounter in Europe are provincial (the counterpart to state police in the US), regional (Swiss Cantons), or national.

What’s more, centralized policing makes it possible to train and judge all armed officers according to the same use-of-force guidelines. It also facilitates the rapid translation of insights about deadly force prevention into enforceable national mandates.

In the US, the only truly national deadly force behavioral mandates are set by the Supreme Court, which in 1989 deemed it constitutionally permissible for police to use deadly force when they “reasonably” perceive imminent and grave harm. State laws regulating deadly force – in the 38 states where they exist — are almost always as permissive as Supreme Court precedent allows, or more so.

By contrast, national standards in most European countries conform to the European Convention on Human Rights, which impels its 47 signatories to permit only deadly force that is “absolutely necessary” to achieve a lawful purpose. Killings excused under America’s “reasonable belief” standards often violate Europe’s “absolute necessity” standards.

For example, the unfounded fear of Darren Wilson - the former Ferguson cop who fatally shot Michael Brown – that Brown was armed would not have likely absolved him in Europe. Nor would officers’ fears of the screwdriver that a mentally ill Dallas man Jason Harrison refused to drop.

In Europe, killing is considered unnecessary if alternatives exist. For example, national guidelines in Spain would have prescribed that Wilson incrementally pursue verbal warnings, warning shots, and shots at non-vital parts of the body before resorting to deadly force. Six shots would likely be deemed disproportionate to the threat that Brown, unarmed and wounded, allegedly posed.

In the US, only eight states require verbal warnings (when possible), while warning and leg shots are typically prohibited. In stark contrast, Finland and Norway require that police obtain permission from a superior officer, whenever possible, before shooting anyone.

Not only do centralized standards in Europe make it easier to restrict police behavior, but centralized training centers efficiently teach police officers how to avoid using deadly weapons.

The Netherlands, Norway, and Finland, for example, require police to attend a national academy — a college for cops —for three years. In Norway, over 5,000 applicants recently competed for the 700 annual spots.

Three years affords police ample time to learn to better understand, communicate with, and calm distraught individuals. By contrast, in 2006, US police academies provided an average of 19 weeks of classroom instruction.

Under such constraints, the average recruit in the US spends almost 20 times as many hours of training in using force than in conflict de-escalation. Most states require fewer than eight hours of crisis intervention training.

Desperate and potentially dangerous people in Europe are, therefore, more likely than their American counterparts to encounter well-educated and restrained police officers.

However, explanations of elevated police lethality in the US should focus on more than police policy and behavior. The charged encounters that give rise to American deadly force also result from weak gun controls, social and economic deprivation and injustice, inadequate mental health care, and an intense desire to avoid harsh imprisonment.

Future research should examine not only whether American police behave differently but also whether more generous, supportive, and therapeutic policies in Europe ensure that fewer people become desperate enough to summon, provoke, or resist their less dangerous police.