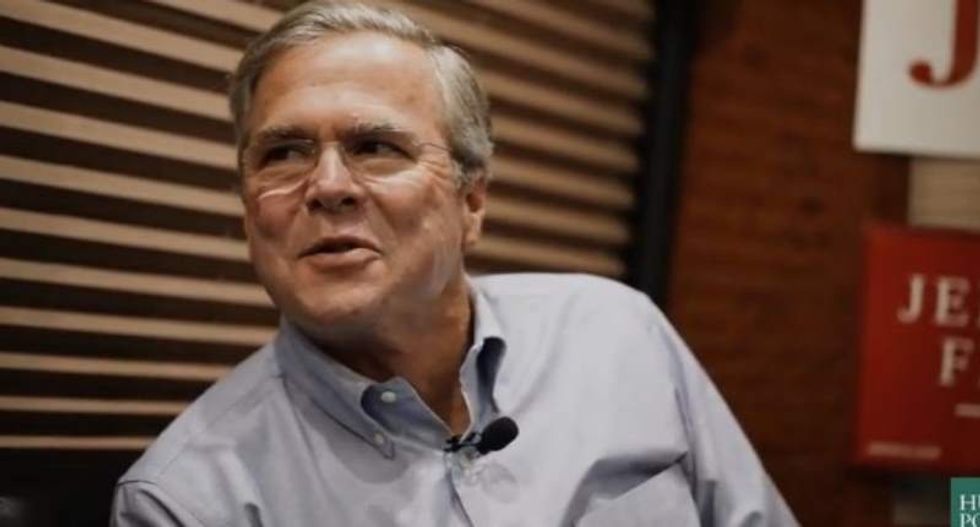 The Republican presidential candidate had no hesitation when faced with the moral conundrum in a televised interview: ‘You gotta step up, man’

The Republican presidential candidate Jeb Bush on Monday considered the “baby Hitler” debate, during an interview with the Huffington Post.

The debate arose on Twitter in October, after the New York Times Magazine asked readers if, in order to alter the course of history for the better, they would be willing to go back in time and kill the baby Adolf Hitler.

When the Huffington Post asked the question, in an on-camera interview filmed on the Bush campaign bus in New Hampshire, the former Florida governor had a clear and quick response.

Citing the popular Back to the Future film franchise, Bush acknowledged that time travel can cause messy and unforeseen consequences. Still, he stuck to his answer that given the chance, he would kill an infant Hitler – even if the leader of the Third Reich were, in that state, cute.

“It could have a dangerous effect on everything else. But I’d do it. I mean – Hitler,” he said, shrugging.