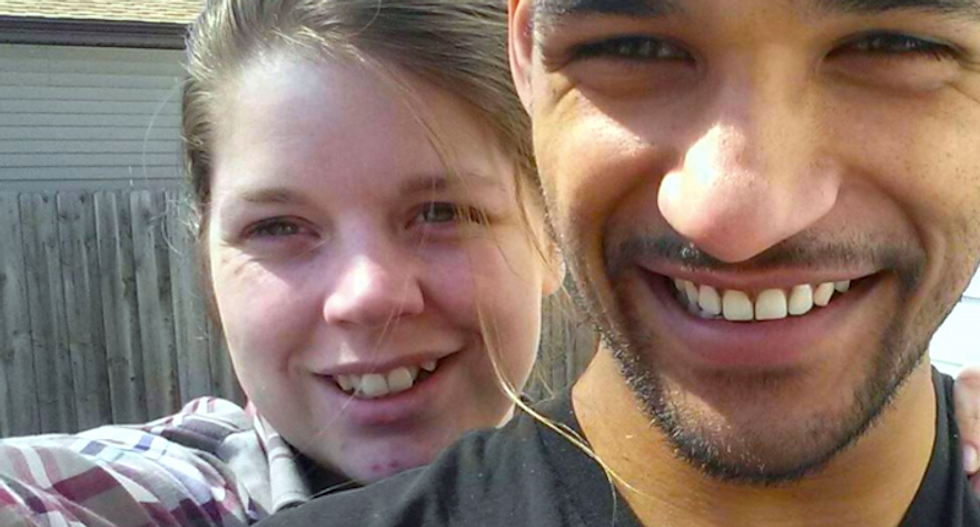 An Ohio mother lost custody of her newborn daughter last month -- over the objections of social workers -- because she used a marijuana-based tea to treat labor pains.

Hollie Sanford delivered a healthy baby girl Sept. 26 at a Cleveland hospital, but a custody hearing was scheduled on less than 24 hours notice after the infant tested positive for a marijuana byproduct, reported the Cleveland Plain Dealer.

Sanford said she used the tea instead of prescription medication to treat pain and nausea during her pregnancy -- although she understands others might not understand her choice.

"If people want to say I'm a terrible parent, that's their right," she told the newspaper. "I did my research and I felt like what I was doing was safe. I know in my heart that I'm an excellent mother. What happened should not have caused my baby to be taken from me."

Attorneys for Sanford and Cuyahoga County Children & Family Services have asked a court to overturn a decision by Juvenile Court Magistrate Eleanore Hilow -- who ignored social workers and ordered the child removed from her parents' care and placed with a cousin.

County workers had asked the magistrate to place Nova under protective supervision, which would allow social workers to make sure Sanford did not use marijuana, as she had promised.

Sanford said she agreed to drug testing and had already passed a second marijuana screening.

Instead, Hilow ordered the newborn taken from the home where she lived with her parents and 2-year-old brother -- which an assistant prosecutor argued would disrupt the family's bonding.

An attorney for the county explained that Sanford used a metabolite of marijuana that was not psychoactive, but the magistrate ignored him and pointed out that "it's still illegal" in the state of Ohio.

Voters will decide Tuesday whether to amend the state constitution to allow recreational marijuana use and allow commercial sale of the drug -- as long as it was grown by 10 state-sanctioned producers.

"It's outrageous," said attorney Joseph Jacobs. "The decision has no basis in law or science. There was no harm done to this child other than the removal from her mom and dad."

Ohio law permits courts to remove children on an emergency basis if proof can be demonstrated of "immediate or threatened physical or emotional harm."

Sanford said she used marijuana occasionally and believed it should be used as medicine, but she insisted she did not habitually use drugs.

She used marijuana tea during her first pregnancy, believing it was safer than narcotic pain relievers and other prescription medicine, and her older son tested positive for the byproduct after his birth but was not removed from her custody.

Sanford and her husband, Daniel, have been able to visit their newborn daughter daily, and she has even gone to sooth the baby in the middle of the night.

"I hope if marijuana is legalized people will open their eyes a little more," she added.