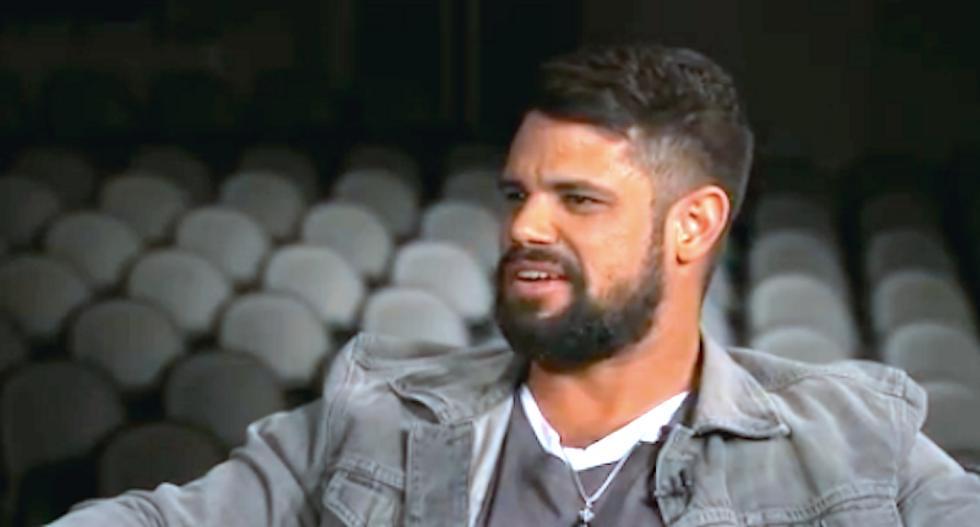 Megachurch Pastor Steven Furtick is used to questions about his gigantic mansion and other trappings of his apparent wealth -- but he doesn't usually face them directly from reporters.

The pastor of North Carolina's Elevation Church sat down for a rare interview that aired Tuesday on WCCB-TV, where he discussed various controversies related to his promotion of the "prosperity gospel."

The 35-year-old Furtick has faced intense local scrutiny after building a 16,000-square-foot home on 19 acres valued at $1.6 million -- which church officials said the pastor bought for $325,000.

He previously defended the home, which he said was "not that great of a house," as a "gift from God" -- and he cited Christ's teachings in resisting media calls for more information about church finances.

"I know that we have to have integrity and we have to be generous, and I know the extent of which that is true for me and Holly," Furtick said, referring to his wife of 13 years. "So to go on record and say here's how much money we've given and here's what we do with our finances, to me, that would be the most arrogant thing I could do and it would rob me of the blessings of what Jesus said, which is that when you give, you don't get up and tell everyone how much you've given."

He said some church employees have shared information about the congregation's finances, but he said he would not violate biblical teachings to do so.

The pastor said during a sermon that the church provides congregants to audited financial statements about the church, but those aren't made public.

Furtick told WCCB's Morgan Fogarty that he would never release those records just to satisfy the media.

"I would never make a decision about the church's finances based on the agenda of a reporter," he said.

Elevation Church does post some financial records on its website, reporting that the church took in $33.5 million in offerings last year and gave away about $3.8 million in outreach, spent $9 million on personnel and reported $13.9 million in cash assets.

The fast-growing church has built state-of-the-art facilities in the Charlotte area that have cost millions -- and Furtick said he doesn't object to the "megachurch" label.

"I think the size of something has to be kept in the context of the need," Furtick said. "So when I look at the size of the need in our state and in our country and our world, I don't feel like we're a megachurch."

Elevation Church attracts 20,000 worshipers each week, but Furtick said he had not set a goal of reaching 100,000 followers but would leave that to his children to build.

"Some of the churches that would have the greatest impact wouldn't be the ones with the largest attendance," Furtick said. "They might have a mega-impact, but maybe nobody knows their names. Some of the people who are making the greatest difference aren't really know, aren't really famous, so I don't know if we can quantify a church's impact by the size of it."