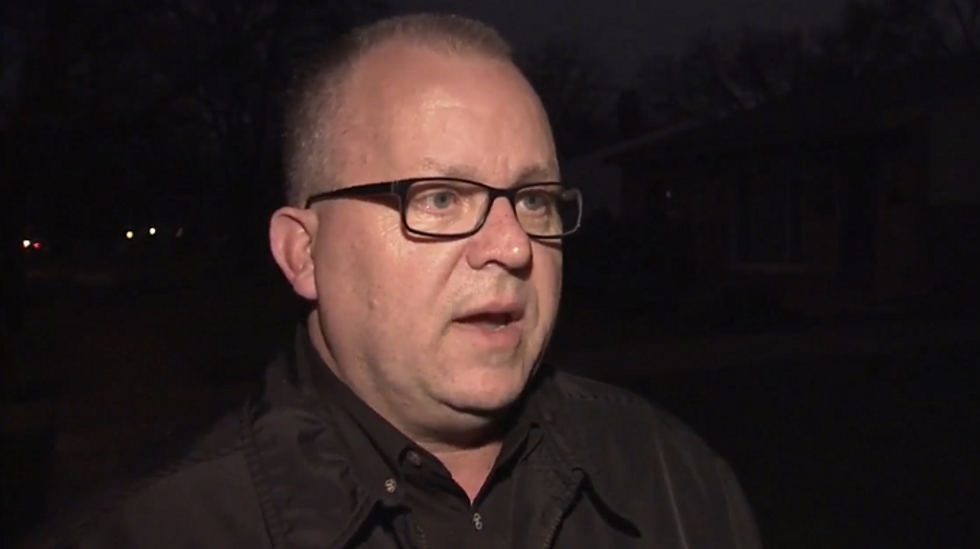 A Michigan mayor brushed off desperate residents who are making a last-ditch effort to keep their homes by leaving a public meeting for a pizza party.

Randy Walker, mayor of Garden City, walked out of a swearing-in session without taking public comment from at least seven homeowners who are facing eviction after the Detroit suburb bought up foreclosed homes and sold them off to developers, reported The Detroit News.

The mayor said swearing-in meetings don't typically permit public comment -- and besides, he said, city officials had a party planned for immediately afterward.

“It’s a happy occasion,” Walker said. “We had food waiting. We had pizza coming out of the oven (when the meeting ended)."

He said the homeowners had plenty of times to pay delinquent taxes, so he didn't understand why city officials should have delayed their celebration.

Officials in Garden City and other Wayne County suburbs bought tax-foreclosed homes before they were offered at public auction and then sold them to developers -- who then plan to re-sell them for profit.

The cities bought the homes to prevent blight and discourage absentee landlords -- but homeowners said the property transfers happened so quickly they didn't even realize their homes had been sold out from under them until they received eviction notices.

"That's disgusting," said Andrea Rowe, whose family lost two homes. "You would rather go eat pizza than -- the very people who voted you in -- tell them to their face why their house is being taken from them?"

Rowe said she and her family fell behind on payments after losing their jobs and several family deaths, including her 7-month-old son in 2011.

An assistant to the county treasurer, however, said Rowe and her husband had entered into payment plans to help them keep their home but failed to make required payments.

County officials have said they're still trying to help some homeowners keep their property, but they said residents were clearly told they risked losing their homes if they failed to pay back taxes they owed.

"What's right is right and what's wrong is wrong," Walker said. "Is it fair to 11,000 home owners that have been paying their taxes for three years and getting city and county services? I feel for them but they had plenty of notice."