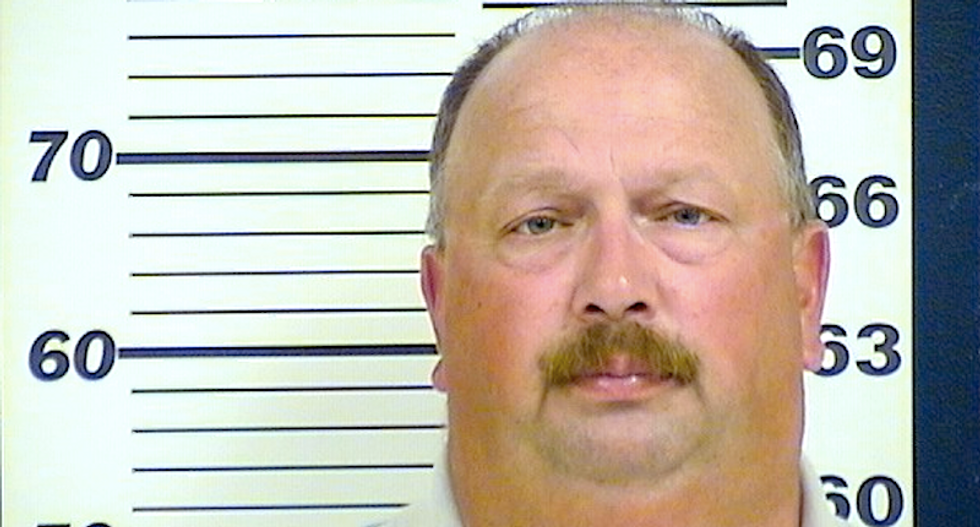 A child sex abuse victim says she's been denied housing after accusing a "good man" of molesting her for years -- and Missouri prosecutors are mystified that so many community members are supporting the admitted sex offender.

Darren Paden was sentenced to 50 years in prison Friday after pleading guilty in August to two counts of first-degree statutory sodomy -- but friends, family members, church elders and community leaders begged a judge to go easy on him.

Prosecutors said the 52-year-old Paden sexually abused the girl up to 300 times over a decade, beginning before she was 5 years old. His 28-year-old son, Anthony Paden, was also charged with sex abuse, although his case remains pending.

But community members have turned their backs on the girl, who is now 18 years old and testified against her abuser in court, and rallied around Paden.

“There are certainly a few good people in this community who have offered support to this young victim,” said Platte County Prosecuting Attorney Eric Zahnd. “It is shocking, however, that many continue to support a defendant whose guilt was never in doubt. If it takes a village to raise a child, what is a child to do when the village turns its back and supports a confessed child molester?”

“Only God, Darren and (the victim) know what truly happened," said Gene Blankenship, a trustee at the New Market Christian Church in Dearborn. "I feel Darren may have admitted to things he did not do after hours of interrogation and all the pressure to admit guilt.”

Blankenship was among about 16 community members who sent letters to the court since September, praising Paden for his service in the Gulf War and a junior deacon at New Market Christian Church.

“Darren is one of the most admirable people I know,” wrote friend Adele Brightwell. “He holds fast to his morals."

Others begged the judge for leniency, arguing that Paden had already suffered enough.

“I truly believe that Darren has already suffered extensively for his actions by being kept away from his young children and his home life, and by not being able to provide for this family,” wrote supporter Darla Hall Emmendorfer. “Because of the significant difficulties that will face his innocent family, I would ask you, Judge Van Amburg, to grant Darren a sentence of probation or at least the lowest possible sentence.”

The victim, who said she only came to understand after seeing a presentation in middle school that her relationship with Paden should be considered abuse, said she cut herself and considered suicide in high school and still suffers nightmares.

Paden told police shortly after his arrest that he began watching pornographic videos with the girl in 2001 or 2002 and abused her once or twice a month for the next 10 years, but he refused to plead guilty as he publicly accused the girl of lying.

The victim is hurt that community members still refuse to believe her claims, even after Paden confessed to police, wrote letters of apology to the victim and his own family and -- finally, after two years -- admitted his guilt in court.

She spoke directly at Paden's sentencing to some of those community members who made her feel "unwanted."

“I was genuinely terrified to go into our new café in town because I was scared someone was going to yell at me or refuse to serve me," the victim said. "I was even scared they would tamper with my food. I feel so unwelcomed in a town that I have grown up in. I feel like an outsider that just strolled in and everybody is giving their own analysis on, and making up gossip that people believe instead of just coming up and talking to me."

"Try dealing with that on top of being called a liar every day," she added.

Paden's great-aunt said she would "feel sorry for the girl" if she had been abused -- but she doesn't believe the victim's claims and instead sees the case as a test of the community's religious faith.

“Our community is one that we deeply believe in God and we’re not going to buckle under anything,” said 82-year-old Dixie Wilson. “We’re not going to let it destroy all of us. We’re going to keep doing our good works and doing what we believe and rely on each other.”