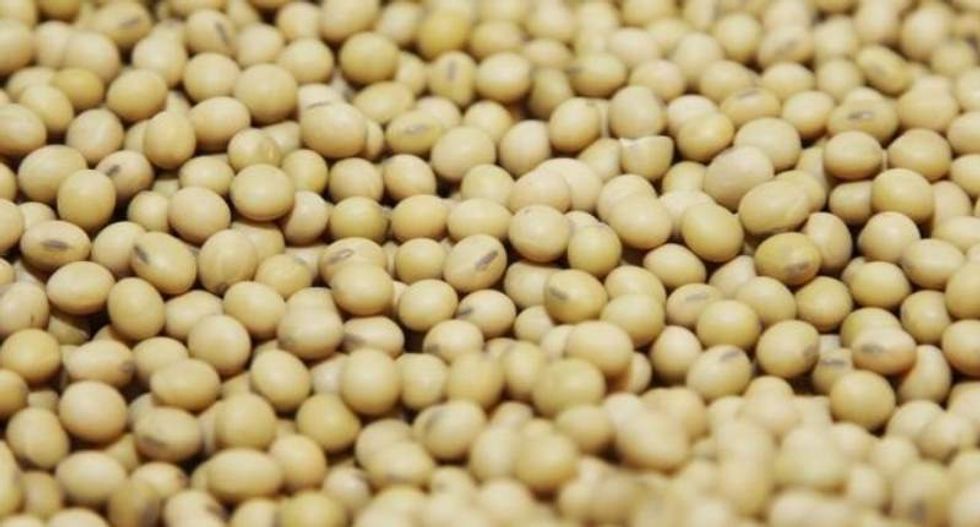 A bushel of soybeans are shown on display in the Monsanto research facility in Creve Coeur, Missouri, on July 28, 2014. Photo by Tom Gannam for Reuters.

Monsanto Co on Friday denied that plantings of its genetically modified soybeans have impacted bees, led to deforestation or caused damage to the honey production industry in two Mexican states.

Mexico's Supreme Court on Wednesday blocked a move to allow the planting of genetically modified soya seeds in the southern Mexican states of Campeche and Yucatan, arguing that indigenous communities that had fought the move should be consulted before it was approved.

Honey producers in the two states as well as the neighboring state of Quintana Roo had protested against the genetically modified soybean permits, arguing they created a contamination risks for their produce.

Monsanto, which was on the court docket's list of interested parties in the case, said in a statement Wednesday it respected the court's decision and would wait to see the full text of the ruling.

On Friday, in response to questions from Reuters, Monsanto denied any link between its soybean seeds and honey production woes.

"We do not accept accusations that put us as responsible for deforestation and illegal logging in the municipality of Hopelchén, Campeche, or any place of the Republic, because our work is rigidly attached to the guidelines provided by law," the company said in a statement.

The court said on Wednesday that the five justices had voted unanimously to grant an injunction against Mexico's agriculture ministry SAGARPA, which had given permission for the plantings. The full text of the decision is still pending.

A group of organizations including Greenpeace, which supported the injunction against the permits, hailed the ruling as "historic" and called for authorities to guarantee the right to previous consultation in the future.

Monsanto said in the statement that in the Yucatan Peninsula during the period in question, an estimated 44,000 hectares (108,726 acres) of soybeans were planted, of which 13,000 were from Monsanto seeds.

In the municipality of Hopelchen, Monsanto's soybeans were sown in 4,261 hectares of the 15,000 planted, the company said.

The company blamed problems in the Mexican honey sector on increasing prices and production volumes among Mexico's honey producers.

"There is not evidence that the exports of honey are affected by GM soybeans," the company said.

(Reporting By P.J. Huffstutter in Chicago and Tomas Sarmiento in Mexico City; Editing by Christian Plumb)