Muslim cab driver shot by passenger ranting about ISIS terrorists: 'This is extreme -- this has to stop' 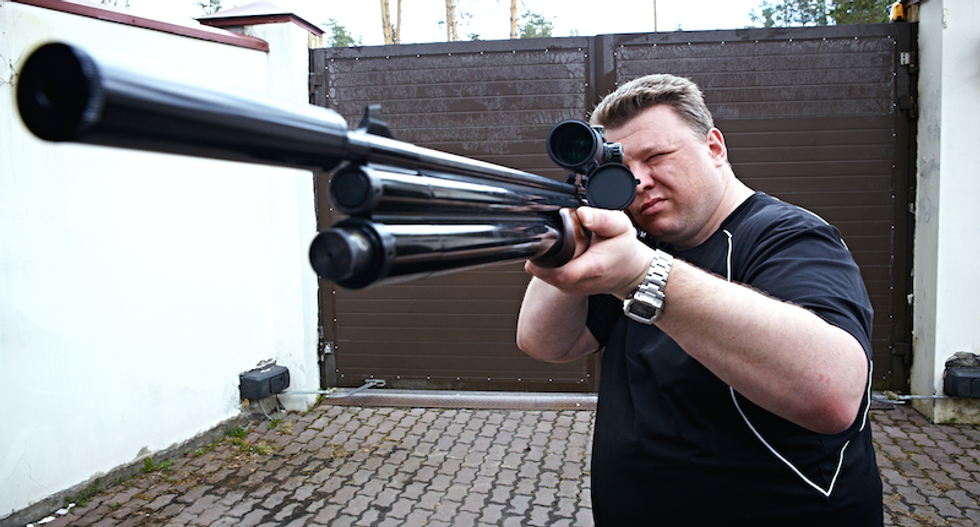 A Muslim taxi cab driver was shot in Pittsburgh by a man who ranted against Islamic State militants before running into his house to grab a rifle instead of paying his fare.

The 38-year-old Moroccan immigrant said he picked up the man about 1 a.m. Thanksgiving outside Rivers Casino, and he said the passenger began questioning him about his background, reported the Pittsburgh Post-Gazette.

“He started the conversation and began to ask questions like, ‘You seem to be like a Pakistani guy. Are you from Pakistan?’” said the driver, who asked to remain anonymous because he feared for his safety.

The driver explained he came from Morocco but insisted he was "an American guy" -- but that didn't satisfy the passenger.

“Then he continued the conversation," the driver said. "He began to speak about ISIS killing people. I told him ‘Actually, I’m against ISIS. I don’t like them.’ I even told him that they are killing innocent people. I noticed that he changed his tone and he began to satirize Muhammad, my prophet, and began to shift to his personal life. He mentioned that he has two kids and was in prison for some time."

When they arrived at the man's house in Hazelwood, he asked the driver to wait because he had left his wallet inside.

"I waited for just five minutes, I think, and I noticed that he came out of the house carrying a rifle in his hand," the driver said. "I noticed him coming toward me. I didn’t hesitate. I [made] a fast decision to leave and drove my taxi away because I felt he was going to do something, there is danger he would shoot me or something. I felt like he had the intention to kill me.”

The man fired multiple gunshots at the driver's cab, blasting out the rear window and shooting him in the back.

The driver drove several blocks before pulling over and flagging down another driver to ask for help.

He remains hospitalized in stable condition, the newspaper reported, but the bullet is still lodged between his shoulder blades.

“In our religion, Islam, we forgive, even in such conditions,” the driver told the Post-Gazette. “I learned this from our prophet Muhammad. We don’t take revenge. I could forgive this, but I still want my rights.”

The Cranberry Taxi Service cab was equipped with a video camera, but no arrests have been made.

“It’s not like a TV show where it’s solved in 15 minutes," said City Councilman Corey O’Connor. "We have to go back, retrace everybody’s steps, look at videos.”

Police have not said whether they believe the driver's race or religion played a role in the shooting, but the FBI has been notified and is evaluating the case.

The driver arrived in the U.S. five years ago with an English degree and expects to become an American citizen in three months, and he hopes to become a teacher and bring his wife from Africa.

Members of the city's Muslim community are frustrated that investigators are hesitant to describe the shooting as a hate crime.

“Since the Paris attack, we’ve been suffering,” said one woman, a member of the Islamic Center of Pittsburgh who also requested anonymity. “Personally, we experience a lot of humiliation, a lot of people giving you the finger on the streets and calling you names. But when it comes to the point of shooting, this is extreme. This has to stop.”