Oregon norovirus outbreak may have emanated from Halloween pumpkin-carving party 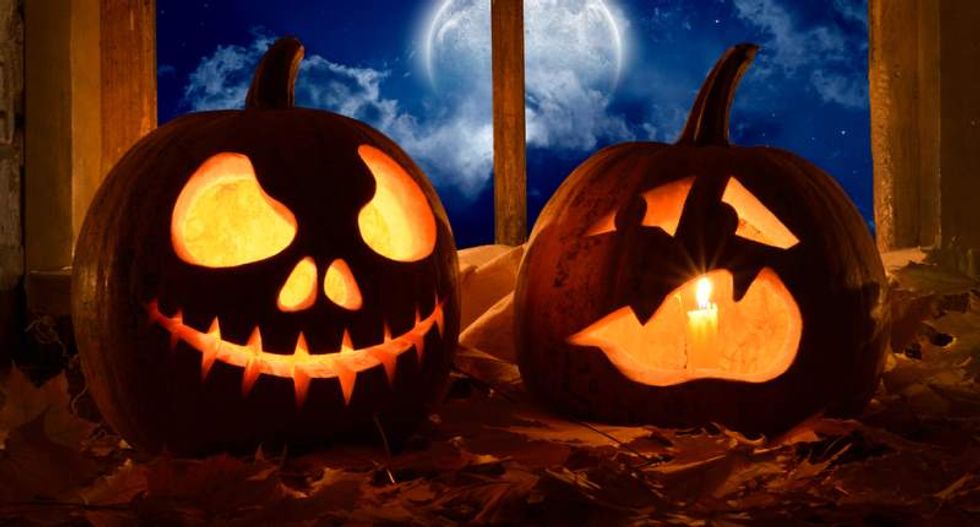 A pre-Halloween pumpkin carving party may have caused a norovirus outbreak that has sickened more than 100 students, teachers and staff at an Oregon Catholic school, a public health official said on Wednesday.

Officials may never be able to definitively determine the cause of the outbreak, which prompted O'Hara Catholic School in Eugene, Oregon, to cancel three days of classes.

But Lane County Public Health spokesman Jason Davis said testing shows that at least 10 students and others who attended an event in which a "master carver" whittled a face into a massive pumpkin were infected with the virus.

The virus may also have spread at a breakfast for school staff and at other gatherings, Davis said.

The disease, which has a long lifespan, spreads from an infected person, contaminated food or water, or by touching contaminated surfaces, meaning that a student who did not wash his hands could have spread it to others at the gathering, Davis said.

The virus causes the stomach or intestines or both to become inflamed, called acute gastroenteritis, which leads to stomach pain, nausea, and diarrhea, according to the Centers for Disease Control and Prevention.

It is the most common cause of foodborne-disease outbreaks and acute gastroenteritis in the United States, causing some 19 million to 21 million illnesses and 570-800 deaths annually, the Centers for Disease Control and Prevention said.

After O'Hara Catholic School canceled class early on Thursday, janitors sprayed hard surfaces at the school with a chlorine wash under guidance of environmental health experts, Davis said. Students were allowed to return to class on Tuesday.

Other schools in Eugene, a city of 160,000 people, are also taking extra precautions against the spread of norovirus, Davis said.

O'Hara Catholic School did not immediately respond to a request for comment.