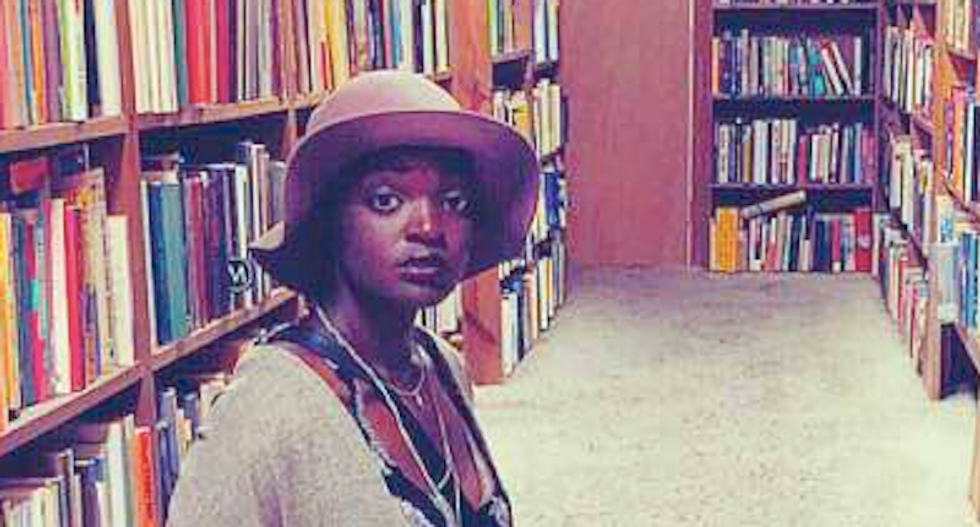 An Illinois woman became an Internet celebrity after she read a book during a campaign speech by Donald Trump.

Johari Osayi Idusuyi, a student at Lincoln Land Community College in Springfield, said she brought a copy of "Citizen," an award-winning book on everyday racism by Claudia Rankine, to a rally near her home, reported WICS-TV.

"I'm genuinely not interested in him as a person, but if you have the chance to see a presidential candidate, why not?" Idusuyi said.

She and some friends ended up with a spot directly behind the Republican candidate after seeing an open seat and being invited into the VIP section by a campaign staffer.

"I think we were chosen for obvious reasons," Idusuyi told Jezebel. "We are minorities and there weren’t a lot of minorities there. He also instructed us to sit in the middle, so we kind of already knew what this was."

Idusuyi insisted she went into the rally with an open mind, but she took out her book and began reading after Trump demanded the removal of some protesters, and she said supporters cheered after a supporter removed a woman's Obama hat and tossed it into the crowd.

"I thought, 'That’s bullying, that’s aggressive,'” she said. "I don’t think Trump handled it with grace. I thought, 'Oh, you’re really not empathetic at all.' That’s when the shift happened."

She decided to take out her book and read it conspicuously, realizing she was on camera behind Trump.

"Why not use the opportunity to promote a great book?" Idusuyi said. "I didn’t expect to get in an argument with the people behind me."

Idusuyi gained online notoriety after video showed a white man sitting near her tapping her on the shoulder and angrily telling her to put away her book.

She can be seen telling the man to leave her alone, and she puts the book back in front of her face and resumes reading.

"The man, he was mad but not as mad as his, maybe, spouse," Idusuyi said. "He had a more calm demeanor, just like, if you don’t want to be here, leave."

She said the woman wouldn't let it go.

"The woman kept saying, 'If you don’t want to be here then leave. You didn’t even stand for the Pledge of Allegiance,'” Idusuyi said. "I said, 'I do want to be here, that’s why I’m here. You don’t know who I am. I’m reading my book because I’m uninterested. Did you not just see what happened? This person disrespects women, minorities, everybody and you’re still supporting him. He’s not saying anything of substance.'”

She said the couple seemed like nice enough people, but she didn't appreciate the way they treated her.

"I don’t think they have any right to tell me what to do," Idusuyi said. "The lady, actually, she mumbled something. I didn’t hear but my friend told me the next day that she said, 'I’m so glad you’re not my daughter,' or something along those lines -- and I was thinking, 'I’m glad I’m not your daughter either!'”

She said Trump had not won her vote.

"I came here, yes, to observe a man that I already had low expectations for, but I thought maybe he could change my mind," Idusuyi said. "Maybe it was just a media thing, and I'm judging too fast based on what the media says, and I was wrong -- (but) I wasn't. He was exactly what I expected him to be and his supporters are exactly what I expected them to be."