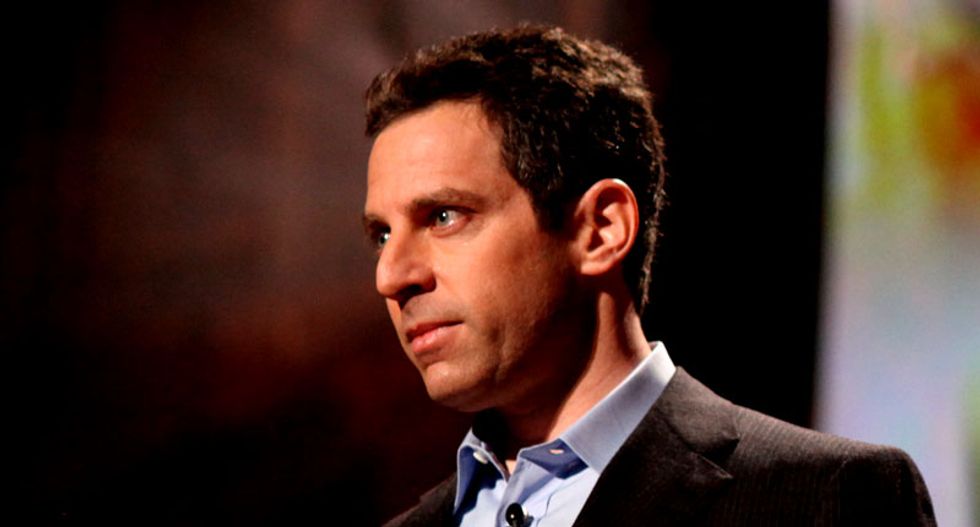 Atheist author Sam Harris worries that Western liberals are fueling the rise of Christian theocrats by failing to confront the problem of Islamism.

In a podcast uploaded to his website following the Paris attacks, Harris said denying the religion of Islam “has a unique problem at this moment in history” should become as unacceptable as “any dangerous expression of bigotry.”

He described the Islamic State as a “death cult” that had no interest in participating in civilization.

Harris, who has long accused the left of being apologists for Muslim extremism, said the Islamic State was not intent on attacking Western countries because they were upset with foreign intervention and wars.

“The problem is with you,” he said. “Watch some of their videos if you can stomach it, and if you can’t stomach it, that should tell you something. And unfortunately most of us have to keep convincing ourselves that evil exists, that not all people want the same thing and that some people are wrong in how they want to live and in what sort of world they want to build.”

Harris said his biggest fear was “Christian fascists” coming to power because liberals fail to acknowledge the true nature of Islamic extremism.

“There will come a time when the only people who have the moral conviction to oppose this death cult behavior will be nearly as bad as the Islamists themselves – I’m speaking of right-wing Christian fascists of some sort.”

“You have to ask yourself. If there was an election in Paris tomorrow, who would you vote for? And if this happens ten more times in Paris, who will the French vote for?”

“This mass psychological experiment is being run in every country in Europe, and will no doubt be run again in the U.S. at some point,” Harris continued. “This problem is not going away. We have to prepare ourselves politically for the reality of what is coming our way.”