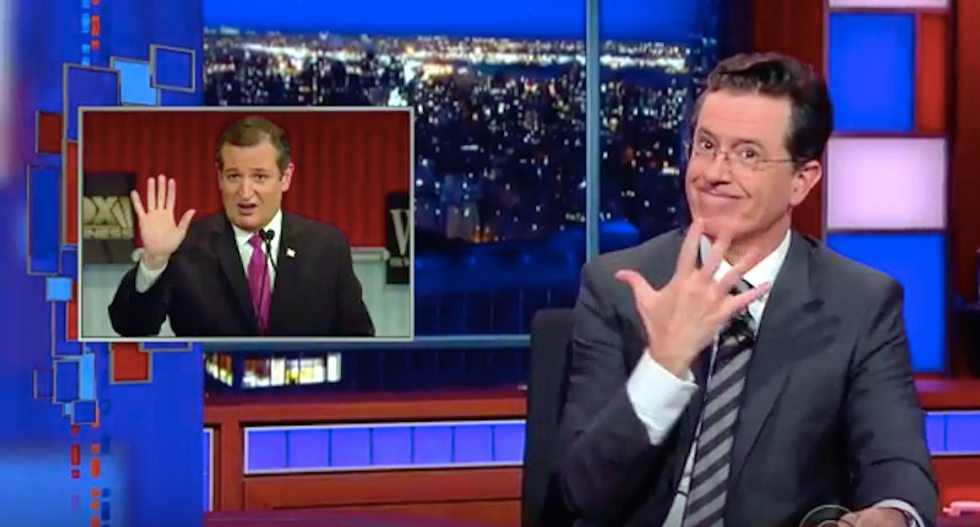 Stephen Colbert offered his thoughts on the fourth Republican presidential debate -- or, as he called it, "the talkie in Milwaukee."

"Like the candidates (Tuesday) night, I have a random collection of half-informed thoughts I want to share with you," he said.

He mocked Sen. Ted Cruz (R-TX), who angrily declared he would cut five federal agencies but repeated the Department of Commerce twice after he could name only four that should be eliminated.

"I'm with Sen. Cruz here," Colbert joked. "I mean, two Departments of Commerce? That is wasteful."

"Trump is right -- Eisenhower deported over 1 million illegal immigrants back in the 1950s," Colbert said. "And it must have worked, because Mexicans were never seen here again."

"It is an interesting point -- it really makes you weld," Colbert said, tapping his head with a pen.

He said the debate was "like watching paint dry, without the added benefit of being able to huff the fumes."