Trump supporter tells CNN: 'I'd get beat up' at a black church so black activists deserve it at Trump events 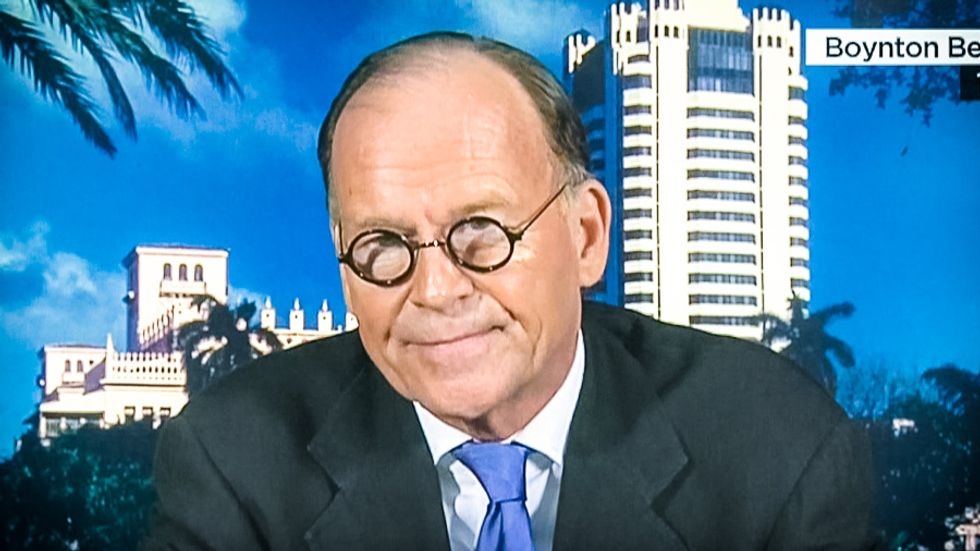 Robert Kiger, the founder of a super PAC supporting Donald Trump for president, said on Monday that he wasn't surprised that a black man was beaten at a Trump rally because he would expect black people to do the same thing to him if he visited an African-American church.

At a rally in Birmingham, Alabama on Saturday, Trump supporters were caught on video beating a black man because he interrupted the event by shouting "black lives matter."

"From my perspective, I'm sick and tired of the Black Lives Matter thing," Kiger complained. "I think it's a farce. I think they're there to just disrupt. Look, if they really care about black lives, they need to pick up a banner and go to the South Side of Chicago, where black lives are being slaughtered on a daily basis. If they really care about the African-American community, get up there and do something about it."

"So they don't have the right to protest at a Trump rally?" Costello wondered.

"No, they don't, really," Kiger relied. "Look, I wouldn't go into a black church and start screaming white lives matter."

"Would you be afraid that they would beat you up?" Costello pressed.

"Yeah! I know I'd get beat up," Kiger insisted, adding that he would be "at least roughed up" by black church members.

Costello attempted to make a point about the way that members of Emanuel African Methodist Episcopal Church responded with kindness after they were targeted in a mass shooting.

But the CNN host quickly decided her words were lost on Kiger: "Never mind, I won't go there."

"These guys don't really have a cause," Kiger said of Black Lives Matter. "I don't think they really care. If they did, they would go to Baltimore or they'd go to Chicago."

"Being in Birmingham, Alabama, going in and disrupting that thing, that's no place for Black Lives Matter to try to bring their issues to the forefront."