WATCH: Texas woman shoots at fleeing thief in Walmart parking lot -- then gets in truck and drives off 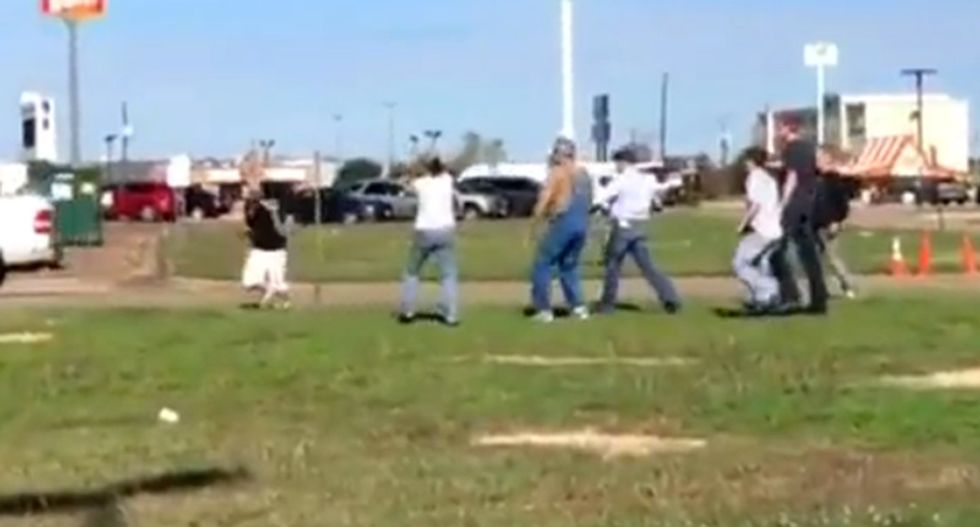 Police in Bellmead, Texas are looking for a woman who thought she was being helpful by shooting at an unarmed would-be purse snatcher in a Walmart parking lot as other bystanders were pursuing him.

According to KWTX, the man snatched the purse of an elderly woman as she and a companion were unloading groceries in the parking lot.

Between four and five men tackled the thief and pinned him to the ground, however he broke loose at which point a woman who was standing by and pointing a gun at both the thief and his pursuers as they wrestled with him took a shot at him as he attempted to flee.

Although the man was not hit, he did stumble and was once again tackled.

As he was being held, the woman -- in jeans and a white t-shirt -- can be seen calmly walking away with her gun in hand before reportedly getting in her truck and driving off prior to the police arriving.

According to Bellmead police Detective Kory Martin, 27-year-old Andre Dawson was taken into custody for the failed purse snatching.

Police are still searching for the shooter and have asked her to come forward.

Watch video of the shooting below from KWTX: