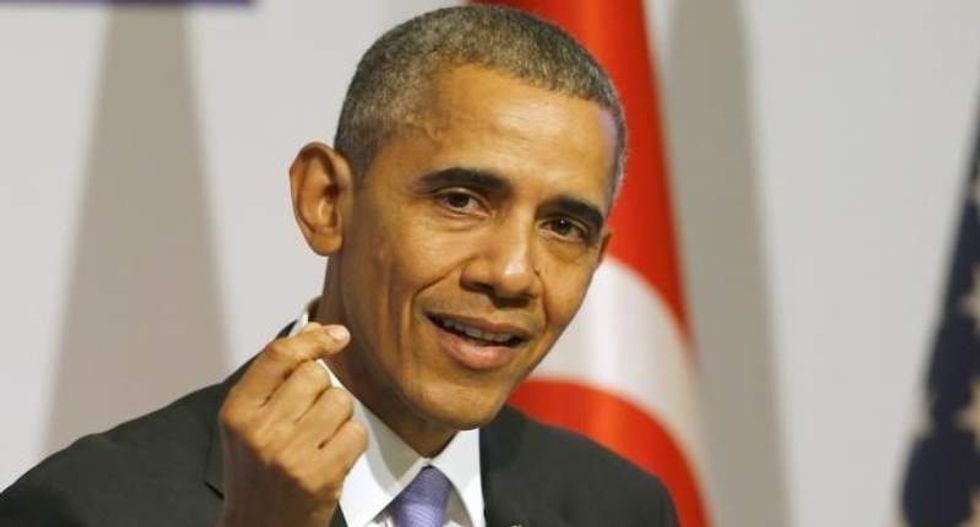 President Barack Obama addresses a news conference following a working session at the Group of 20 (G20) leaders summit in the Mediterranean resort city of Antalya, Turkey, on Nov. 16, 2015. Photo by Umit Bektas for Reuters.

The White House issued a veto threat on Tuesday for a resolution from the Republican-led U.S. Senate that would nullify new regulations to cut carbon emissions from power plants, the central piece of President Barack Obama's climate plan.

The Senate sponsors of the motion have said the Environmental Protection Agency regulation, which is also being challenged in U.S. federal court by 26 states and more than a dozen industry groups, would hurt jobs in coal-dependent regions.

Late on Tuesday, the Senate passed, 52-46, the measure challenging the administration's plan to cut emissions from existing power plants. It also passed, in an identical vote, a similar resolution that the White House has threatened to veto dealing with new coal power plants.

The White House said the Senate resolution "threatens the health and economic welfare of future generations by blocking important standards to reduce carbon pollution from the power sector" and said Obama would veto the bill.

"This is nothing more than a desperate and ultimately symbolic attempt by Senate Republican leadership to stop historic climate progress," said League of Conservation Voters President Gene Karpinksi.