‘You look so great’! So beautiful!: Sarah Palin sends giddy note to singer Adele who mentioned her in an interview 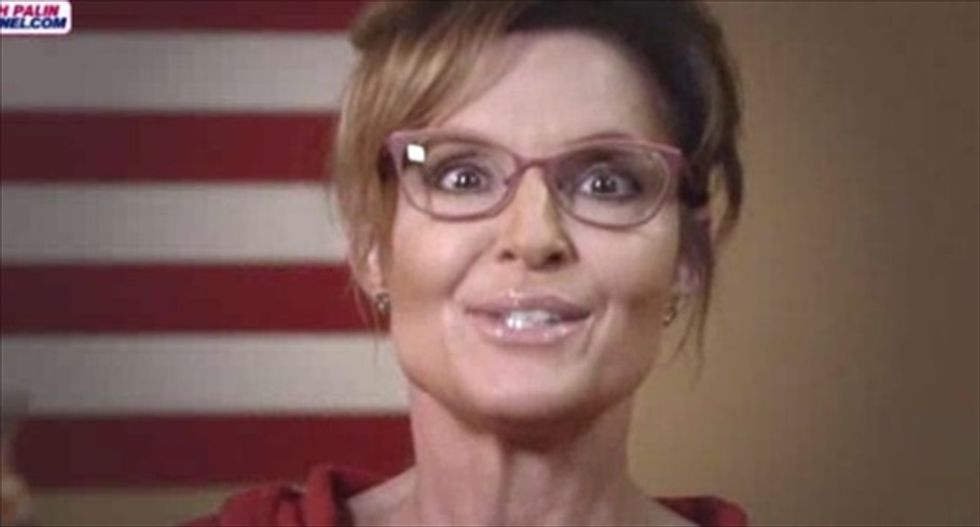 The note made winking references to Adele's song titles.

"Adele, You look so great!" Palin wrote, according to People Magazine. "So beautiful! So … Rumor Has It you recently threw me some credit for your amazing success – very kind coming from Someone Like You! Congrats on motherhood. Keep Setting Fire to the Rain. Love your fan... Sarah Palin."

Palin posted the note to her Facebook page while also hawking her new book, Sweet Freedom.

"Dashed off a quick response to Adele's recent comments while rushing through the airport in Charlotte, NC on the way to another ‪#‎sweetfreedom‬ book signing," Palin wrote.

In an interview with BBC One, the power singer said she believes her success was due to her chance scheduling on SNL with Palin, who in 2008 was a highly-controversial pick for GOP candidate John McCain's running mate.

"The week I was doing Saturday Night Live, it was meant to be a normal week but the week after, Sarah Palin was supposed to do it," Palin told the British station. ""Because something came up in the campaign, she came and did the week I was doing it with Josh Brolin. So it was one of the most watched SNLs ever, and then it was two weeks before the Grammy ballot, which is when people decide what songs they want to maybe nominate, so, like, literally the stars aligned for me."