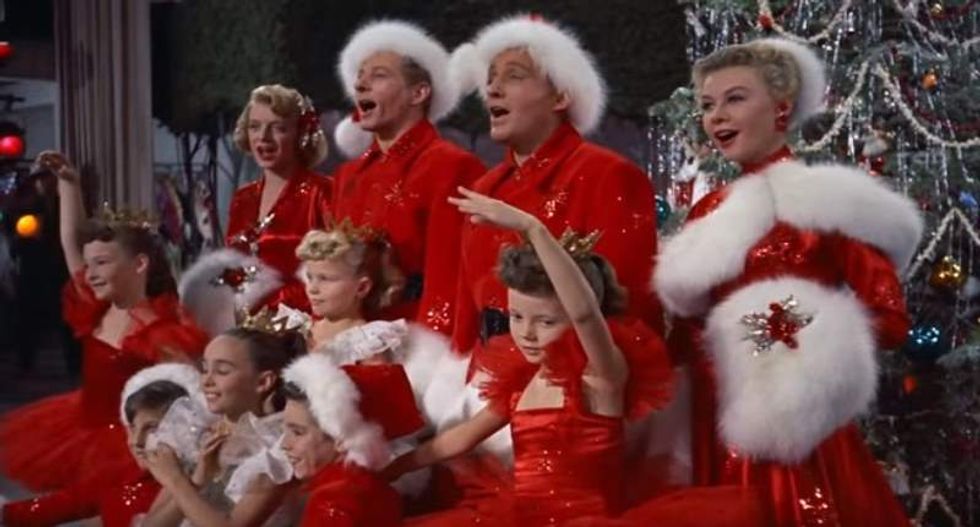 Cast of the film 'White Christmas'

As a Christmas-Tree Jew, I like Christmas just as much as the next goy. But even Jews who don’t celebrate Christmas deserve credit for helping the world celebrate the holiday. In fact, my Christian friends, you may want to think about sending your Jewish friends thank you notes instead of seasons greetings cards. Here are some of the Christmas songs,  films and major players brought to you by the Jews.

In case you didn't know, the War on Christmas was declared over by Fox News. The winner is Christmas and the loser is Political Correctness. But the man who scored the victory was a Jew.

Fox News contributor KT McFarland kvelled to America’s Newsroom host Martha MacCallum about the December 15 CNN GOP debate: “At the very beginning, everybody put their hand on their heart and pledged allegiance to the flag, and at the end, [moderator] Wolf Blitzer wished everybody a Merry Christmas. So guess what, political correctness is dead.”  McCallum responding by declaring, “The War against Christmas is over... Put a nail in it from last night!”  Co-anchor Bill Hemmer, concurred, shouting from off camera, “We won! We won!”

Brought to you by his Jewish mother, Mary. Since we Jews always get blamed for Jesus Christ’s death, we should really get some credit for his birth!

It’s The Most Wonderful Time Of The Year

I’ll Be Home For Christmas