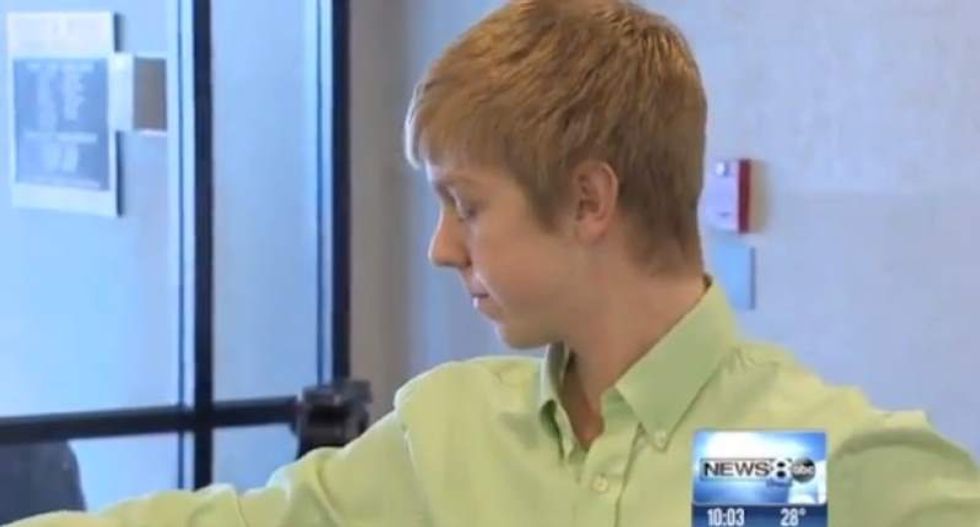 Texas teenager and his mother won a delay on Wednesday to their extradition from Mexico after fleeing there as U.S. authorities investigated a possible violation of a probation deal that has kept the youth out of prison over a fatal drunken-driving crash.

Ethan Couch, who is from a wealthy family, became known in the United States as the "affluenza" teen during his trial over the 2013 crash that killed four people.

Couch, 18, and his mother, 48-year-old Tonya Couch, were captured in the Mexican Pacific Coast city of Puerto Vallarta on Monday and had been due to be flown back to Houston on Wednesday, accompanied by U.S. Marshals.

But the two filed an injunction to delay their extradition from Mexico and would not be leaving on Wednesday, said Ricardo Vera, a Mexican migration official in the state of Jalisco.

A judge in Mexico would have up to 72 hours to consider the injunction, and the pair could still be deported within two weeks depending on developments, Vera said.

A U.S. Marshals Service spokeswoman said the Couches could not be deported until legal matters were resolved.

"We simply do not know when the Ethan and Tonya Couch will be returned to the U.S.," said Laura Vega, a spokeswoman with the service in Dallas.

During Ethan Couch's trial in juvenile court, a psychologist testifying on his behalf said the teenager was afflicted with "affluenza," a condition where he was so spoiled by his wealth that he could not tell the difference between right and wrong.

The diagnosis is not recognized by the American Psychiatric Association and the term was widely ridiculed at the time. Couch was convicted on four counts of intoxication manslaughter and sentenced to 10 years of drink and drug-free probation, which critics saw as leniency shown because of his family's wealth. His escape to Mexico rekindled anger over the sentence.

Couch and his mother fled the United States this month after a video surfaced online apparently showing Ethan Couch at a party where beer was being consumed. Authorities then launched a probe into a possible parole violation, law enforcement officials said.

The two were tracked down and caught in Puerto Vallarta. Mexican authorities said they had been working with the U.S. Marshals Service since Dec. 24 to locate the pair.

Tarrant County Sheriff Dee Anderson commented on the delayed extradition in a tweet on Wednesday, saying, "Is anyone surprised the Couch duo are putting up legal fight to not return and face justice? Not me. Will it never end?"

Anderson said on Tuesday that when the pair arrived back in the United States, Couch would appear in juvenile court and his mother would be arrested for hindering an apprehension.

Tarrant County District Attorney Sharen Wilson said she expected the judge to hold Couch after his juvenile hearing. County prosecutors have been working for months to move his case into the adult system.

In the car crash, Couch, then 16, was speeding and had a blood-alcohol level of nearly three times the legal limit when he lost control of his pickup truck and fatally struck a stranded motorist on the side of the road and three people who had stopped to help.

Anderson said on Tuesday that the Couches appeared to have planned for their departure, including holding a farewell party.

The Dallas Morning News reported that Couch's mother sold her home in Tarrant County and was renting a house before she and her son fled the country.

(Additional reporting by Anahi Rama and Veronica Gomez in Mexico City, Anna Driver in Houston and Marice Richter in Fort Worth; Writing by Jon Herskovitz; Editing by Frances Kerry)