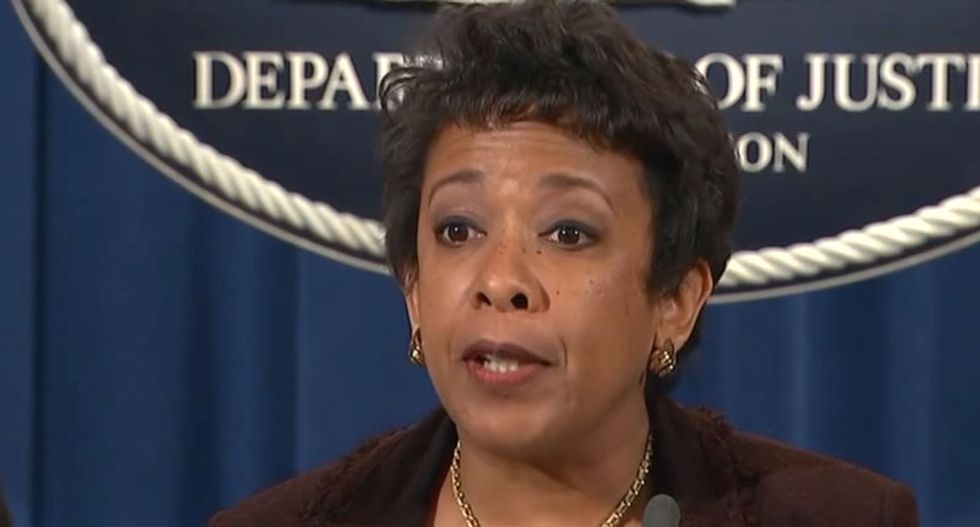 US Attorney General Loretta Lynch speaks during a press conference on December 7, 2015 (Screenshot)

The United States has no indication that a couple who killed 14 people in California were part of a wider cell which planned more attacks, U.S. Attorney General Loretta Lynch said on Wednesday.

Lynch, speaking to reporters in London, said the radicalization of the couple seemed to have been going on for some time. She said she had no information that another attack was planned by the couple.

They were killed a few hours later in a shootout with police.