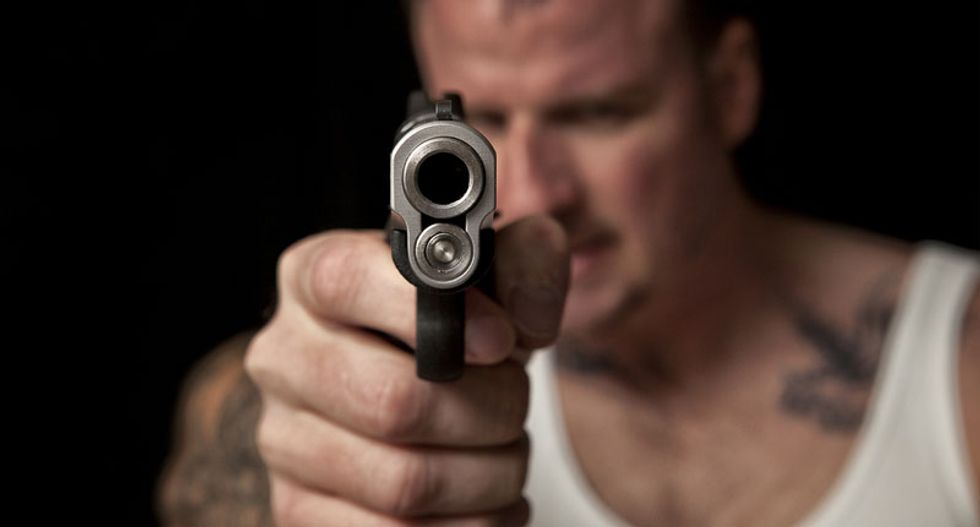 With each mass shooting in America, we hear the same lament: people die, and politicians do nothing.

Like most political narratives, this one captures an element of truth. America has an exceptionally high rate of gun violence compared to peer nations, experiences mass public shootings at an all-too-frequent and perhaps increasing rate, and has comparatively permissive gun laws. After high-profile tragedies and inevitable calls for stricter regulation, Congress usually (though not always) takes a pass.

It’s just that most of this activity is happening on the state level and has received little attention in the national media.

States are filling the gaps in federal gun laws

Consider how public policy treats firearms access among the seriously mentally ill – an especially difficult question that often arises after rampage shootings like those at a movie theater in Aurora, Colorado and Sandy Hook Elementary School.

For nearly half a century, federal law has barred people who have been “adjudicated as a mental defective” or who have been involuntarily “committed to a mental institution,” from receiving, possessing, shipping or transporting a firearm.

Both gun rights and gun regulation advocates see problems with this law (besides its stigmatizing terminology). In response, state lawmakers have been quietly working to make policy governing mental health and firearms both more effective and more sensitive to the fact that the vast majority of people with mental illness pose no danger to others.

In a recent study of lawmaking between 2004-2014, I found that 40 states enacted more than 80 bills (containing nearly 120 provisions) at the intersection of mental health and firearms. The legislative record gives lie to the standard narrative about gun politics.

#1. Yes, it is possible to strengthen gun regulation in the US

First, contrary to the assertion that lawmakers won’t tighten gun laws, most legislative provisions enacted over the past decade (61%) did just that.

For instance, California and Virginia expanded or otherwise refined the criteria used to bar dangerously mentally ill individuals from gun ownership. Some states, such as Indiana and West Virginia, authorized state and local law enforcement agencies to require the surrender of or to seize firearms from people whose mental health history made them ineligible to own a gun.

Second, many laws came in reaction to incidents of gun violence. I was able to identify a motivating factor for about 70% of the successful bills, and a shooting was the impetus behind half of them.

For instance, much of the lawmaking was motivated by the massacre at Virginia Tech in April 2007 – America’s deadliest mass shooting – which led to the federal NICS Improvement Amendments Act later that year. With that bipartisan legislation, Congress used financial incentives to push states to submit records on individuals whose mental health history prohibits them from owning a gun to NICS. About half of states – from across the political spectrum – have done so.

Other traumatic events also moved state lawmakers to act. Some of these events were nationally prominent, such as the Sandy Hook massacre, but others were more local, such as the shooting of two Alabama police officers on Christmas Eve 2004.

#3. At the state level, stricter gun laws get support from both parties

Third, in contrast to the hyperpartisanship at the national level, many state bills received support across the political aisle.

In fact, stricter laws were equally likely to have emerged from Republican legislatures as from those controlled by Democrats. In one-third of cases, including Iowa and New Jersey, a governor from one party signed a bill passed by a legislature in which one or both chambers were controlled by the other party. Bills dealing with mental health and firearms had a higher rate of passage than did state legislation generally.

In some cases, these laws represented packaged compromises. In one-third of cases where lawmakers strengthened the reporting of mental health records, for example, the bill also made it easier for people with a prior mental health adjudication to restore their right to own a gun. This is by design: The 2007 NICS law provided financial incentives for states to enhance records reporting, but only if they also created these restoration protocols. The political deal struck at the federal level with the NICS Improvement Amendments Act created space for gun control and gun rights advocates at the state level to reach agreement on reform.

It is tempting to see this legislative story of guns and mental health as an anomaly. However it might offer a glimpse of the future of firearms policy making in America, which historically has been more of a state function than a federal one.

Already we are seeing a political consensus emerging on another gun policy question – how to reduce the use of firearms in domestic violence. The dynamics are similar to those surrounding mental health: a decent if flawed federal law, major enforcement gaps at the state level, and evidence of a partisan ceasefire among legislators.

Hinting at the possibilities for partisan consensus, two of these laws were signed by GOP governors who had presidential aspirations, Scott Walker in Wisconsin and Bobby Jindal in Louisiana, while other laws passed in states from Massachusetts to Washington.

Gun regulation is a deeply political issue, and after events like the shooting in San Bernardino, it can seem like the partisan divide can’t be bridged. But the states are showing that common ground is possible.