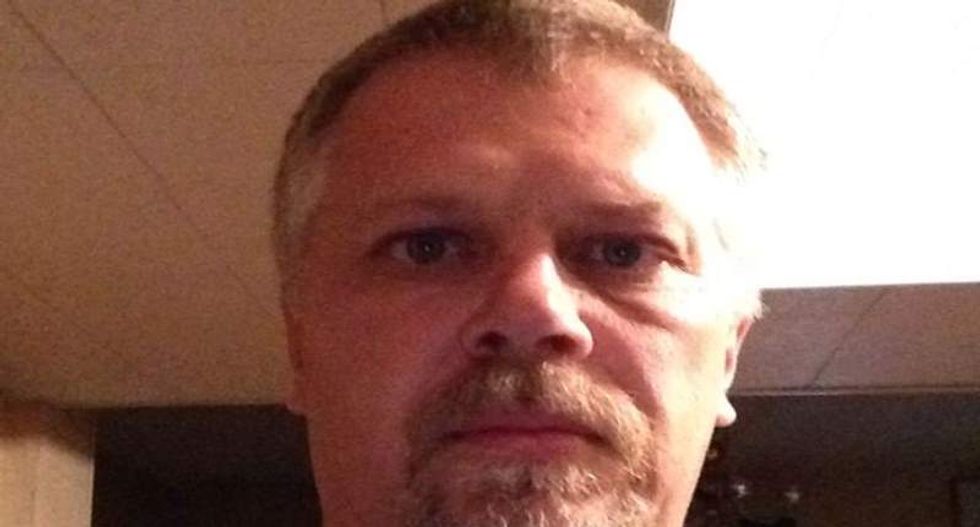 47-year-old Brad Bartelt was identified as the man who allegedly drove onto the campus of Arkansas State University brandishing a firearm. (Facebook)

An Arkansas man wanted to go on a killing spree when he drove onto a university campus with a pickup truck hauling propane tanks and armed with a shotgun, police said on Friday.

Instead, Jonesboro, Arkansas police said in a report that Brad Bartelt, 47, backed down on Thursday and surrendered after having second thoughts about going on a rampage.

Bartelt was to remain in jail pending a psychiatric examination. He was charged on Friday in court with aggravated assault, terroristic threatening and unlawful possession of explosive material.

The police report to the court said the suspect told them he set out to kill people at Arkansas State University, “but realized murder would be wrong so he was going to kill himself.”

Bartelt surrendered after a one-hour standoff with scores of police. No shots were fired and no one was injured in the incident that took place about 130 miles northeast of Little Rock.

A police detective testified on Friday that Bartelt repeatedly threatened to shoot the propane canister, and had doused his truck with gasoline before eventually surrendering.

Law enforcement quoted Bartelt as saying he had been taking numerous medications and had been seeing “demons” in the woods near his home.

Bartelt had complained on social media of mistreatment following his injury while a student at an Arkansas State satellite campus in 2012, they said.

Bartelt was ordered to return to court on Jan. 29 for another hearing.