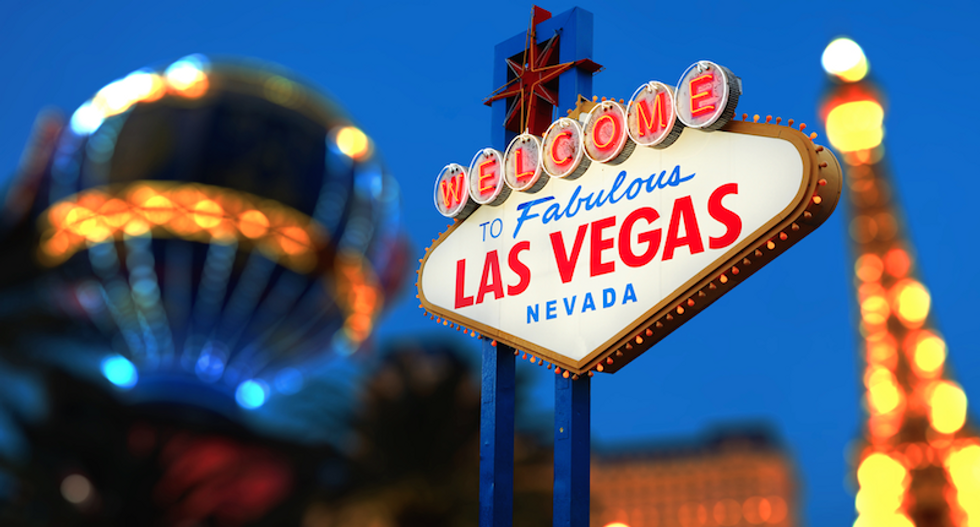 One person was killed and dozens were injured on Sunday night when a woman deliberately drove her car onto a crowded sidewalk on the Las Vegas Strip, police said, near the hotel where the Miss Universe beauty pageant was being held.

The woman, who had a three-year-old in the car with her, was taken into custody and was expected to be charged on Monday, Las Vegas Metropolitan Police Department officials told reporters.

Rabia Qureshi, a tourist visiting from Wisconsin, told local broadcaster KSNV she saw victims "flying through the air" when the four-door sedan plowed into a throng of people.

Police said the driver, who is in her 20s, had mounted the curb as many as three times during the incident before fleeing the scene.

Las Vegas Deputy Police Chief Brett Zimmerman gave no indications as to a motive but ruled out the possibility of terrorism.

The United States has been on high alert since 14 people were killed in a Dec. 2 attack in San Bernardino, California, by two radicalized Muslims who opened fire at a holiday party.

Las Vegas authorities gave injury tallies ranging from 26 to 36 people, and said six who were in critical condition were eventually stabilized. The toddler accompanying the driver was not hurt.

An 11-year-old was among the injured, along with visitors from Montreal, Canada, said University Medical Center spokeswoman Danita Cohen. Representatives for the Canadian Consulate could not be immediately reached for comment.

Police warned people to avoid the area and said part of the strip had been closed to traffic. Long delays were expected.

A Reuters witness said emergency and police vehicles swarmed the area. Some passers-by were using smart phones to snap photos of the scene while others seemed more focused on the glitzy sights of the famed Strip.

Authorities said the crash occurred around 6:40 p.m local time, when the Miss Universe pageant was nearing its finale at the nearby Planet Hollywood Resort and Casino.

The pageant was won by Pia Alonzo Wurtzbach, a 26-year-old actress and model from the Philippines. Organizers initially mistakenly awarded first place to Colombian Ariadna Gutierrez Arévalo, 21, who then had to give the crown back.