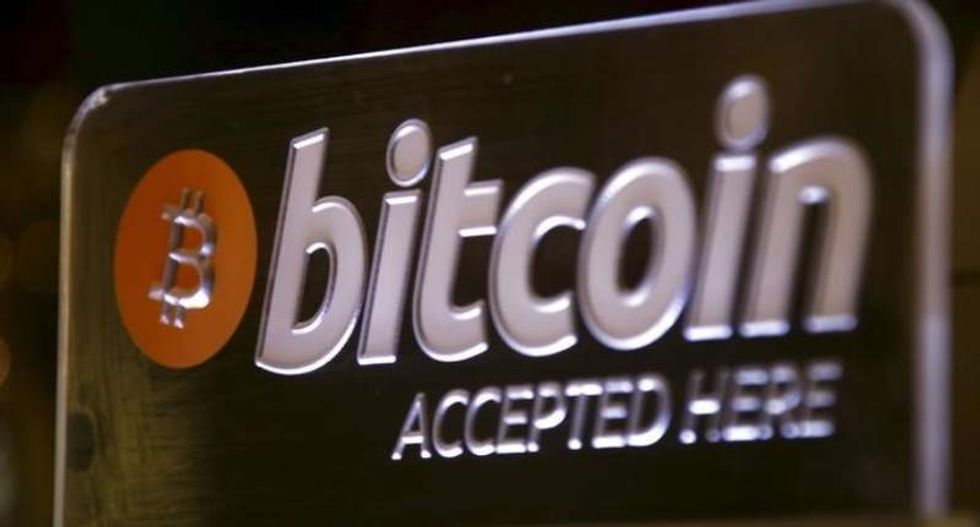 A Bitcoin sign can be seen on display at a bar in central Sydney, Australia, on Sept. 29, 2015. REUTERS/David Gray/Files

Australian Federal Police raided the Sydney home on Wednesday of a man named by Wired magazine as the probable creator of cryptocurrency bitcoin, a Reuters witness said.

The property is registered under the Australian electoral role to Craig Steven Wright, whom Wired outed as the likely real identity of Satoshi Nakamoto, the pseudonymous figure that first released bitcoin's code in 2009.

More than a dozen federal police officers entered the house, on Sydney's north shore, on Wednesday after locksmiths broke open the door. When asked what they were doing, one officer told a Reuters reporter that they were "clearing the house".

The Australian Federal Police said in a statement that the officers' "presence at Mr. Wright's property is not associated with the media reporting overnight about bitcoins".

The AFP referred all inquiries about the raid to the Australian Tax Office, which did not immediately respond to requests for comment.

The police raid in Australia came hours after Wired magazine and technology website Gizmodo published articles saying that their investigations showed Wright, who they said was an Australian academic, was probably the secretive bitcoin creator.

Their investigations were based on leaked emails, documents and web archives, including what was said to be a transcript of a meeting between Wright and Australian tax officials.

The identity of Satoshi Nakamoto has long been a mystery journalists and bitcoin enthusiasts have tried to unravel.

He, she or a group of people is the author of the paper, protocol and software that gave rise to the cryptocurrency. The New York Times, Newsweek and other publications have guessed at Nakamoto's real identity, but none has proved conclusive.

Uncovering the identity would be significant, not just to solving a long-standing riddle, but for the future of the currency.

And as an early miner of bitcoins, Nakamoto is also sitting on about 1 million bitcoins, worth more than $400 million at present exchange rates, according to bitcoin expert Sergio Demian Lerner.