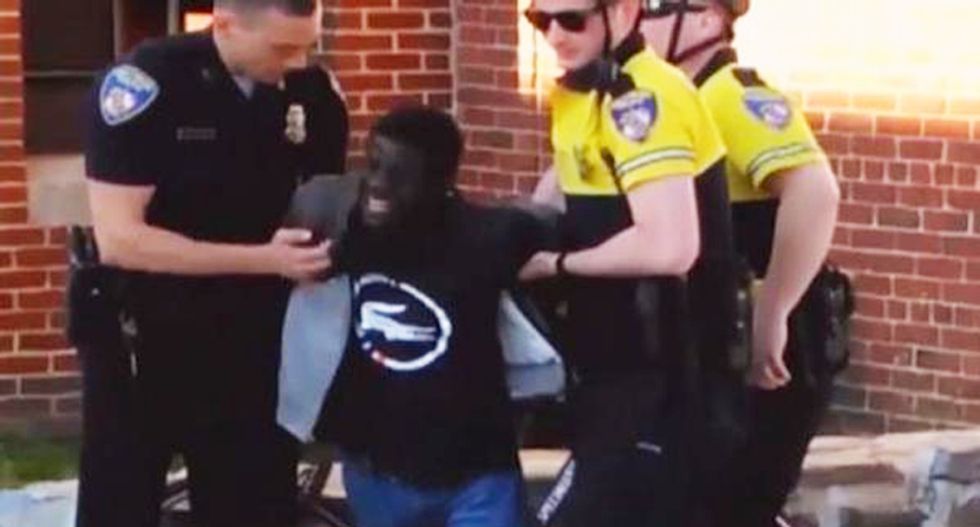 A Baltimore police officer charged in the April death of a black man from a spinal injury suffered in custody said at his trial on Wednesday that he was sorry about the death.

Officer William Porter, 26, who faces manslaughter and other charges in the death of Freddie Gray, also said he had become acquainted with Gray while patrolling his crime-ridden neighborhood.

"Freddie Gray and I weren't friends, but we had a mutual respect for each other," Porter said in Baltimore City Circuit Court on the first day of defense testimony.

Asked by defense lawyer Gary Proctor if he was sorry about Gray's death, Porter told a packed courtroom, "Absolutely. Sorry to see that, any loss of life."

The death of Gray triggered rioting in Baltimore and fueled concern about police tactics in the United States, particularly in the treatment of minorities. Porter is the first of six officers, three of them black, to face trial.

Porter, a black officer, testified that he had seen no signs of injuries when Gray, 25, told him in the back of a police van that he needed medical help. Gray was unable to give him a reason to seek aid, he said.

Officers arrested Gray after a foot chase. He was bundled into a transport van while in handcuffs and shackles and was not secured with a seat belt.

Gray died a week later. A medical examiner ruled the death a homicide.

In a point of contention with prosecutors, Porter said Gray never told him that he could not breathe.

Police investigator Syreeta Teel testified that Porter told her a few days after the injury that Gray had said he could not breathe. But Porter did not say that in a later statement to investigators, according to testimony.

Under cross-examination, Porter rejected Teel's account. "She got that wrong," he said.

Porter was present at five of the six stops the van made, including one in which he lifted Gray onto the van's bench. Gray was not breathing at the last stop, a police station.

Porter said he had not been shown at the police academy how to put a seat belt on detainees. He said it was not common practice to put belts on.

The defense has said Porter did not believe Gray was seriously injured until the final stop. His lawyers have suggested that other officers were responsible for seeking help.

Charges against the other officers range from misconduct to second-degree murder.