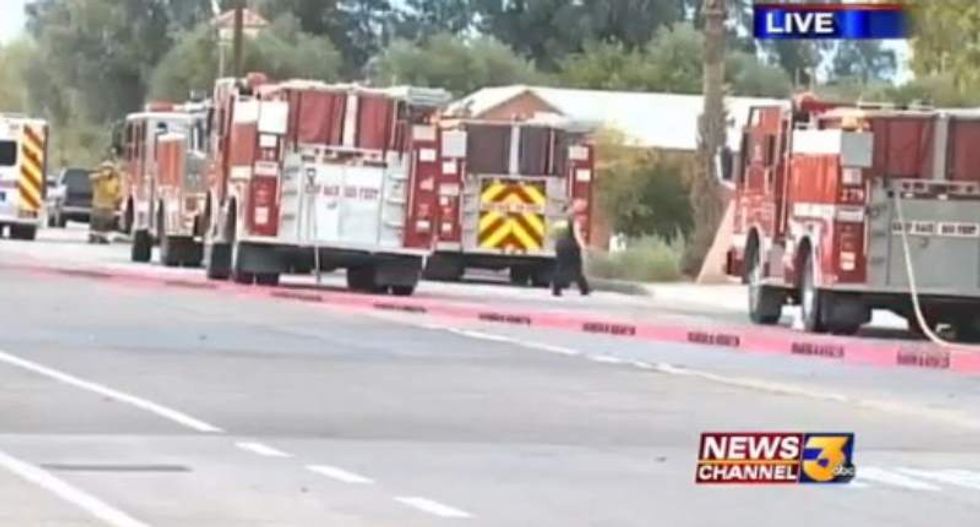 Firefighters respond to a fire officials at the Islamic Society of Palm Springs said was set intentionally on Dec. 11, 2015. [KESQ-TV]

Officials at a mosque in Coachella, California said on Friday that their building was targeted for arson, KESQ-TV reported.

Witnesses reported seeing smoke coming out of the Islamic Society of Palm Springs around 12 p.m. Officials said the building was "fire-bombed," leading to the blaze breaking out in the lobby. The fire reportedly caused smoke damage throughout the building.

Several people were inside the mosque at the time, but no injuries were reported.

"We feel bad," said Mohammed Aowishah, who attends services in the mosque. "We didn't do anything. We are innocent people."

The fire was reported just a day after the Council on American-Islamic Relation's Washington D.C. offices were evacuated following the delivery of a "foreign substance." A pair of Muslim women in Florida also recently reported being shot at and run off the road, and a Philadelphia man was caught on video throwing a pig's head at a local mosque.

Watch KESQ's report, as aired on Friday, below.