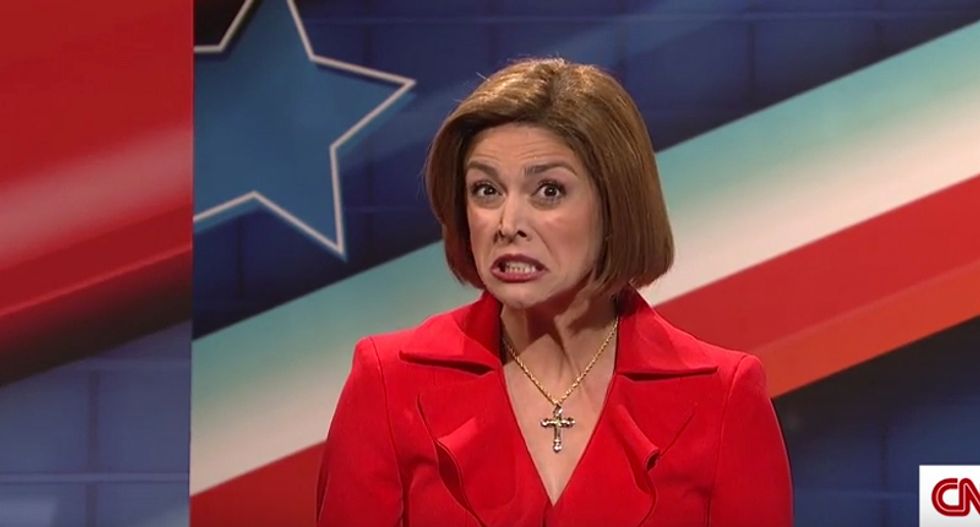 On the evening of the last Democratic presidential debate of 2015, Saturday Night Live instead looked back at the last GOP debate with all nine candidates represented -- but with ex-Florida Gov. Jeb Bush and former-HP CEO Carly Fiorina on the receiving end of the most brutal mockery.

Taron Killiam's Ted Cruz was suitably smarmy, admitting that everybody --Democrats and Republicans alike -- hates him because he has a "punchable face."

After a sniveling Bush complains that Trump is a bully trying to "insult his way into the White House," Trump returns fire.

Cast member Cecily Strong turned in a brutal takedown of Fiorina, as she explained that she knows Russian strongman Valimir Putin because she once sold him an HP printer.

"I know Valdimir Putin personally," she claimed. "I sold him an HP printer and now he hates my guts. It doesn't work, it never worked. And when Putin calls me to complain, I just smile that classic Carly Fiorina smile," she continued while grimacing painfully.

Watch the video below from Saturday Night Live: