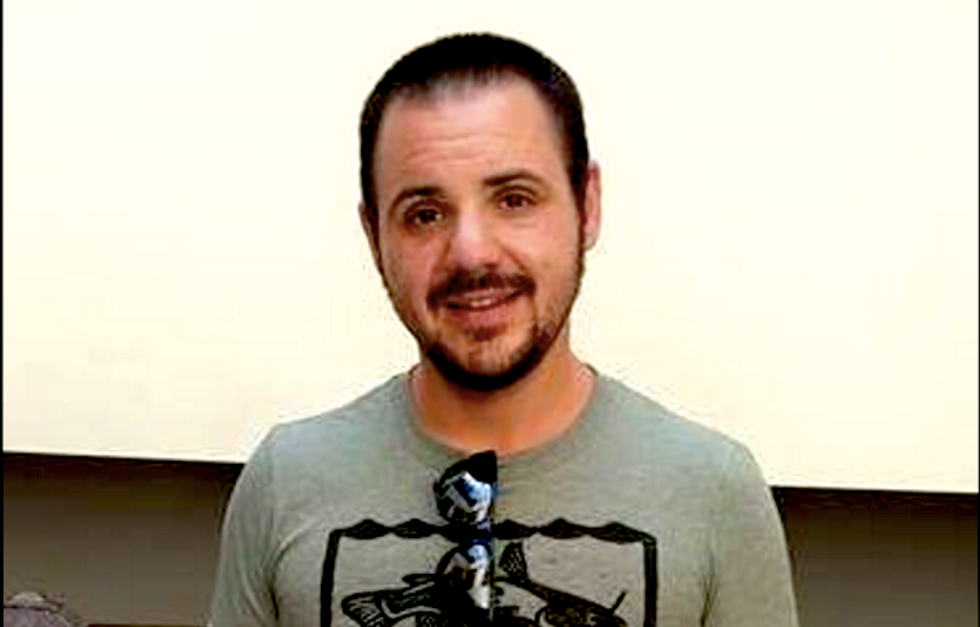 A transgender Chicago teaching assistant was harassed and threatened at gunpoint late last month after an angry Fox News viewer mistook him for a member of the terror group ISIS because of his beard.

According to the Windy City Media Group, Benedetto DeFrancisco -- who lives in North Chicago but works in Berwyn -- was arriving at work on a Wednesday morning when he was accosted and threatened by resident William Jackson.

DeFrancisco was taking a walk around the school grounds before reporting in to work when Jackson started shouting at him.

"I literally just walk around the school, so on my second lap, he was definitely shouting [again], and it felt like it was aimed at me," DeFrancisco told Windy City. "It was getting louder and more aggressive. A lot of swearing. I honestly thought he was drunk. I took out my headphones and looked at him, and heard what he was saying: 'I know what you're doing, motherfucker. You're scaring my wife -- get out of here.'"

It was then that DeFrancisco realized that Jackson was armed with a .45 caliber Ruger semi-automatic pistol.

"He was waving it around, waving it at me," said DeFrancisco. "I just tried to sat as calm as I could. I pretended to put my earphones back in, but dialed 911 instead, and walked around the corner to hide."

Police arrived on the scene within minutes.

Windy City's Matt Simonette wrote, "A detective later told DeFrancisco that Jackson and his wife were avid viewers of Fox News and other cable news programs that were playing up the threat of foreign terrorism. Jackson's wife was distressed by DeFrancisco's look, so Jackson came out to confront him."

"They were getting scared, because the ISIS attack happened in France, and getting more scared that ISIS was in Chicago," DeFrancisco said. "It's clear that they had been watching me since the previous Monday -- this happened on a Wednesday. I've been taking these walks since I've been working there. On my walk, I notice the same people come around. My thing to do is say hello. Unfortunately, with this man and his wife, their fear got the best of them. They could have just asked, 'Hey, what are you doing here?'"

Jackson is due in court on Dec. 9 on charges of aggravated assault.

DeFrancisco said, however, that there are too many people currently being terrorized by the fear-mongering of Fox News and conservative media.

"[Jackson] is not the only person watching Fox News -- it's a toxin and it's spreading fear, and this fear leads to hatred. Instead of wanting to know something about a culture or religion, they just shut it down in the most horrible or scary way," he said.