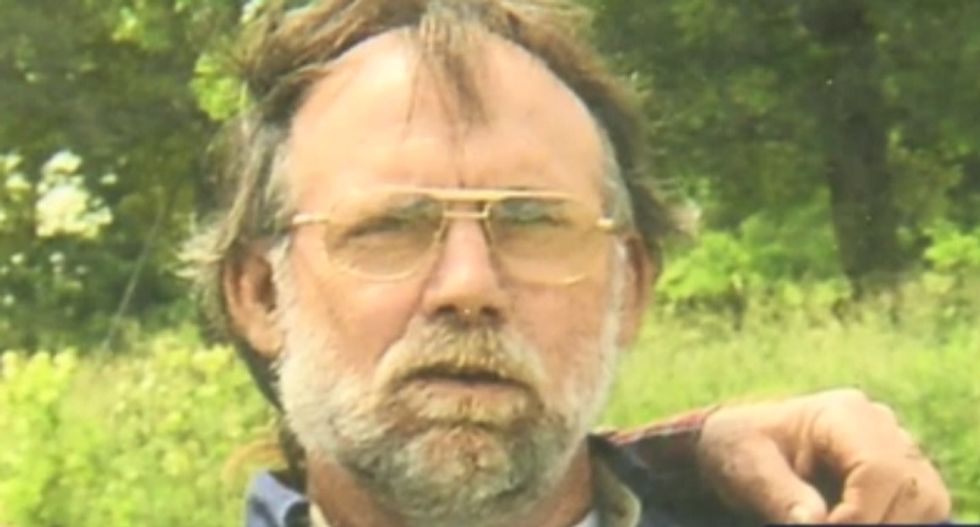 Police in Kentucky say they were forced to shoot a man who fired at them, and his wife agrees in a tragic case of gun violence, WLKY reports.

It was Bonnie Higdon's birthday on Wednesday. But instead of celebrating, her husband woke up angry. Christopher Higdon, 66, took his anger out by shooting at the couple's television. Then he began shooting at Bonnie, who called 911.

But when Grayson County Sheriff Norman Chaffins and Maj. Corey Knochel arrived Bonnie said her husband of 40 years had already decided he was going to take them on.

"I said, ‘Chris, you know police have got more powerful guns than you got,’ because he just had a little rifle. He said, ‘Well, I'll kill those sons of [expletive] before they should kill me.’ I said, ‘OK, good luck.’ And that's all I said," she told WLKY. Her husband then walked outside and opened fire on the officers.

Chaffins fired back, shooting Higdon three times and killing him.

She said it wasn't the first time her husband had threatened to kill her. Bonnie said she married her husband when she was only 14, and that he was a violent alcoholic.

"He threatened me with my cane once, he said, ‘I'll kill you with this damn thing’ and darted after me," she said.

One of the couple's children said he slept well Wednesday night for the first time in his life, because he was always afraid of his father.

Chaffins is on administrative leave while the department investigates the shooting.