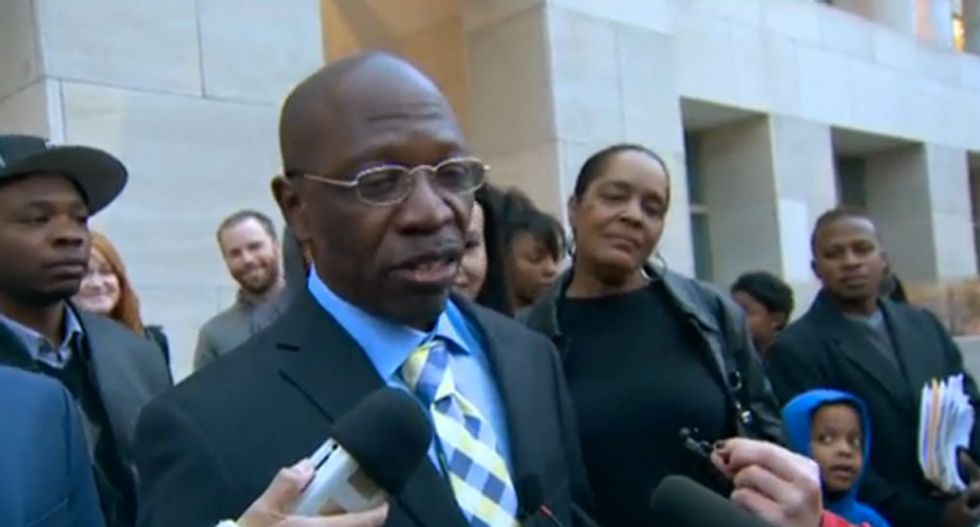 A Denver man who spent 28 years in prison for a rape conviction based in part on testimony from the victim that her attacker’s name came to her in a dream was released on bond on Tuesday after a judge threw out the guilty verdict.

Clarence Moses-EL, 60, emerged from the Denver County jail flanked by his wife and grandchildren after supporters raised the bail money to secure his release pending a decision by prosecutors on whether to re-try him.

Moses-EL was convicted of the 1987 beating and rape of a Denver woman, and was sentenced to 48 years in prison.

The victim singled out Moses-EL, who was her neighbor, as her assailant and told police that his identity came to her in a dream, according to Moses-EL’s lawyers.

They also said the woman had initially named three different men she had been drinking with for several hours before the assault as her possible attacker.

His lawyers took his case as part of the Innocence Project, a national organization dedicated to exonerating wrongfully convicted individuals.

Moses-EL had exhausted all his appeals until 2012, when another inmate doing time for two separate sexual assault convictions wrote a letter to him claiming that he had consensual sex with the victim, and had physically assaulted her.

The inmate, LC Jackson, “consistently stated that he could not believe it when he heard that Mr. Moses-EL was accused of raping (the victim) because he was the person who had sex with (her) on the night – and at the time – in question,” according to court documents.

Last week, Denver District Court Judge Kandace Gerdes overturned Moses-EL’s conviction, noting in her ruling that “the newly discovered evidence and the totality of the circumstances, is sufficient on salient points to allow a jury to probably return a verdict of acquittal.”

Denver District Attorney Mitch Morrissey said in a statement that he has not conceded that Moses-EL was wrongly convicted, noting that Jackson has since recanted his confession.

“Those who now argue that he was convicted solely on a dream are either unaware of the complete facts or disregard them,” Morrissey said. “She testified during the trial and was cross-examined at length. The jury believed her testimony that she was attacked and raped by Clarence Moses-EL.”

Prosecutors have 30 days to announce if they will re-try Moses-EL, who would have been eligible for parole in two years.