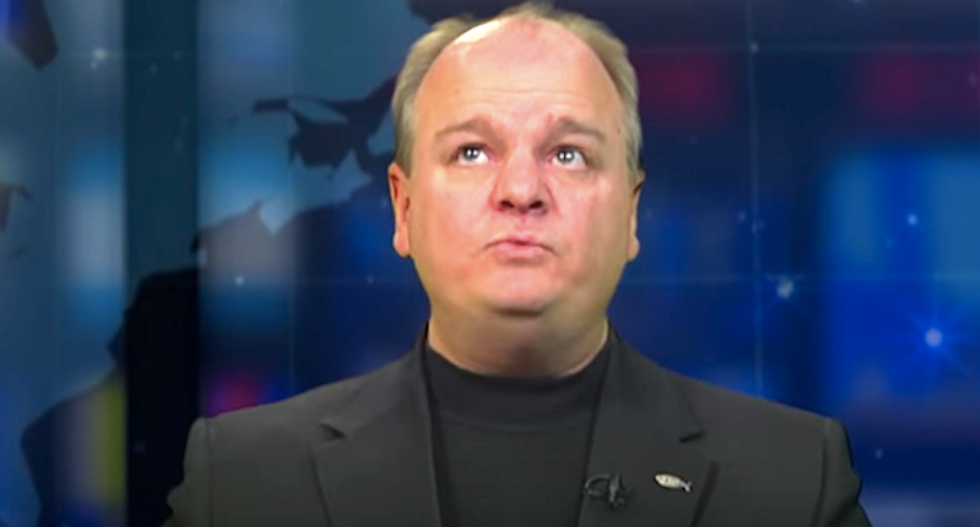 Klingenschmitt cautioned against rushing to determine a motive as he reported that the accused shooter had made many of the same complaints about Planned Parenthood selling "baby parts" that the Republican lawmaker has in a series of online videos.

"Whatever his motives are, there's no excuse for him taking the law into his own hands. This is a spirit of lawlessness, it's a spirit of murder," Klingenschmitt said on his online program, "Pray In Jesus Name."

Klingenschmitt said he had been active for years in the Colorado Springs anti-abortion community and knew almost every other activist -- and he said none of them had met Robert Lewis Dear.

"This man does not represent the pro-life community, does not have any involvement with our people," Klingenschmitt said.

The lawmaker admitted he had prayed for "an end to the violence" at the clinic where three people were killed in the mass shooting.

"So when radical leftists want to use this shooter as an example of how pro-lifers act, it's illogical -- and here's why," Klingenschmitt said. "Because when we pray for an end to the violence at the Planned Parenthood clinics, the violence being done to unborn children -- and this man comes in and does the exact opposite of what we prayed for, an end to the violence, then he clearly is not affiliated with us and cannot be blamed for doing what we want, because we prayed for the opposite to happen. So we also denounce those false reports with a political agenda who have blamed anyone in the pro-life movement for this man's actions."

Klingenschmitt then praised Officer Garrett Swasey, an associate pastor, as "the real hero in this story."

"Isn't it ironic that as an associate pastor, as a Christian, this police officer loved the respect for the law more than his own life, was willing to lay down his life in sacrifice, even to defend people he politically disagreed with. When you have a pro-life officer who is heroic and even willing to enforce the law and defend others, this man is the man on whom we discern the spirit of God."

The lawmaker cited Romans 12:9, in which Jesus cautions his followers not to seek revenge.

"Therefore, we do not endorse vigilante violence," Klingenschmitt said. "Father in heaven, we do pray for justice for the unborn children, but Father, this is not justice, and we denounce and we reject the spirit of violence, the demonic spirit inside of this man who killed civilians and a police officer."

Klingenschmitt made national news and was rebuked by his fellow Republicans earlier this year when he blamed the state's abortion laws for the brutal attack against a pregnant Colorado woman who had her fetus cut from her body by another woman.

“This is the curse of God upon America for our sin of not protecting innocent children in the womb — and part of that curse for our rebellion against God as a nation is that our pregnant women are ripped open," he said in widely reported remarks.

"Father, we ask your blessing, on South Dakota, on all of America, Father, that we would stand against terrorism in all its forms, stand against murder of innocents in all of its forms, that we would be consistent in our policy and stop funding the abortion business with American tax dollars," Klingenschmitt said on his program. "God, wake us up as a nation to stop the slaughter of innocents."

He also said about a month before the mass shooting that he believed the health clinic's executives should be "in jail for multiple felonies," including murder, and also for "profiting" from the alleged sale of fetal body parts.

“In fact, we can discern upon them the spirit of lying, the spirit of death, the spirit of murder, the spirit of greed," he said. "I mean, whenever I look at a picture of those executives, if you look in the spirit, at the demons inside of them, you can see the blood dripping from their fangs. These people are just evil.”

Watch Klingenschmitt discuss the shootings on his online program: