Creationism evangelist: God put contradictions in the Bible to 'weed out' the atheists 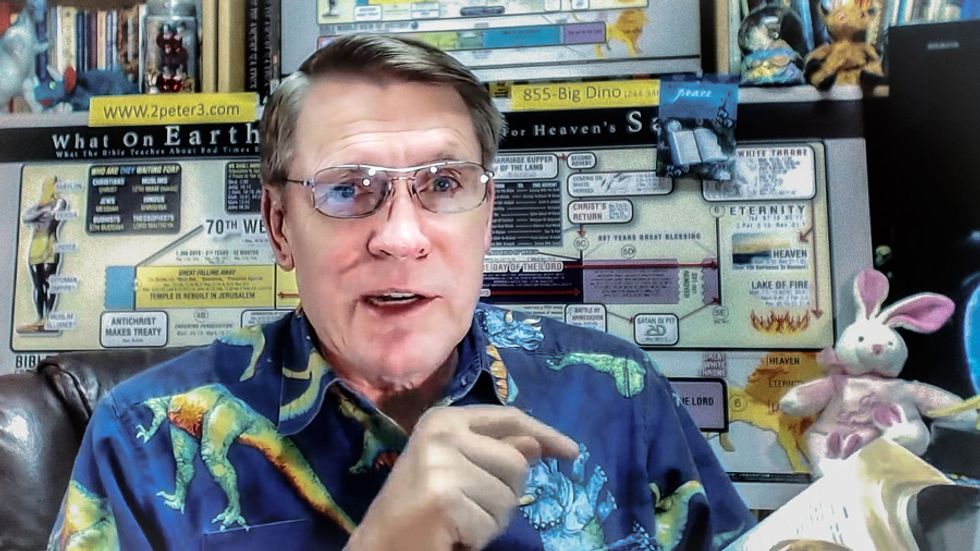 Young Earth creationism evangelist Kent Hovind asserted this week that God had purposefully put contradictions in the Bible to "weed out" non-believers.

In a YouTube video posted on Monday, the Christian fundamentalist responds to a follower who is troubled by a contradiction in the book of Acts.

"If I was God," Hovind explains, "I would write the book in such a way that those who don't want to believe in me anyway would think they found something. 'Aha, here's why I don't believe.'"

"And then they could go on with their own life because they don't want to believe God anyways," he continues. "I would put things in there that would appear without digging to be contradictions. I don't think that's deceptive, I think that's wise for the Heavenly Father to weed out those who are really serious."

Hovind says that he made a choice to "believe the Bible until it's proven wrong."

"I know others who have decided, 'I'm not going to believe it until you prove everything is right,'" he notes. "Okay, you do whatever you want to do, but I made the opposite decision."