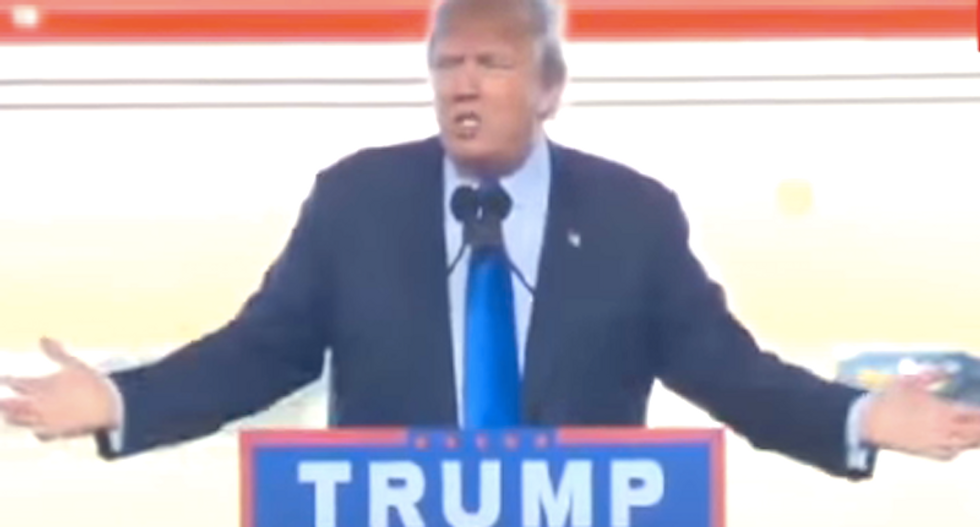 Donald Trump suggested Syrian refugees aren't miserable enough for his taste because many of them carried cell phones.

The Republican frontrunner claimed during Tuesday's debate that Syrian refugees were showing up in Europe with cell phones containing images of ISIS flags and beheadings, a reference that appears to have come from the conspiracy website Infowars -- which is operated by Alex Jones, to whom Trump recently gave an interview.

Trump repeated those claims Wednesday during a rally in Mesa, Arizona, becoming the latest Republican to complain that poor people did not meet their aesthetic standard of misery because they owned cell phones, reported Right Wing Watch.

A woman in the crowd picked up what Trump was laying down and began incessantly shouting "Obama" in response to his rhetorical questions.

Many conservatives have circulated the urban legend that President Barack Obama is using taxpayer funds to give free cell phones to welfare recipients, based on a viral video in which a black woman brags about her "Obamaphone."

Trump, who has proposed a ban on Muslims, vowed that he would send all Syrian refugees currently in the U.S. back to their war-torn homeland.