Donald Trump: UK politicians should thank me instead of punishing me 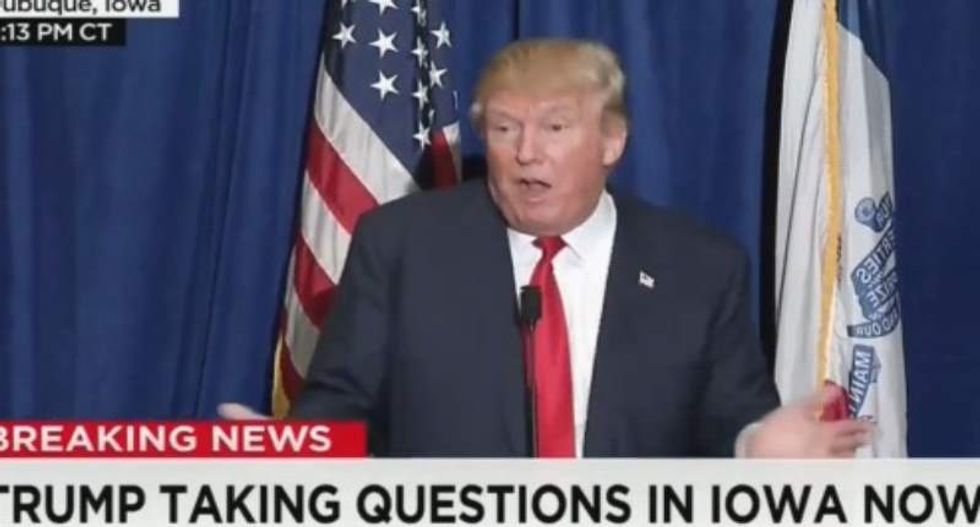 US presidential hopeful Donald Trump said Thursday he should be thanked for investing in Scotland, after the country ditched him as a business ambassador and a university revoked his honorary degree.

The Republican frontrunner said British politicians were "pandering to political correctness" after they queued up to denounce him over his latest outspoken remarks.

Trump called for a temporary ban on Muslims entering the United States after the mass shooting in California by a Muslim couple said to have been radicalised.

Scottish First Minister Nicola Sturgeon revoked his membership of the GlobalScot business network, saying he was no longer fit to act as a business ambassador for Scotland.

Meanwhile Robert Gordon University (RGU) in Aberdeen, on the northeast Scottish coast, revoked the doctorate of business administration he was awarded in 2010.

Trump, whose mother was a Scot, owns two golf courses in Scotland -- one outside Aberdeen and Trump Turnberry on the southwest coast.

The tycoon told The Press and Journal, a Scottish regional newspaper, that he should be thanked instead of being castigated.

"I have done so much for Scotland, including building Trump International Golf Links, which has received the highest accolades, and is what many believe to be one of the greatest golf courses anywhere in the world," the 69-year-old said.

"Additionally, I have made a significant investment in the redevelopment of the iconic Turnberry resort.

"If they -- Nicola Sturgeon and RGU -- were going to do this, they should have informed me prior to my major investment in this £200 million ($300 million, 275 million euro) development, which will totally revitalise that vast region of Scotland.

"The UK politicians should be thanking me instead of pandering to political correctness."

Meanwhile a petition seeking to ban Trump from Britain -- started before his latest outburst -- has topped 430,000 signatures in the wake of his views on halting Muslim immigration.