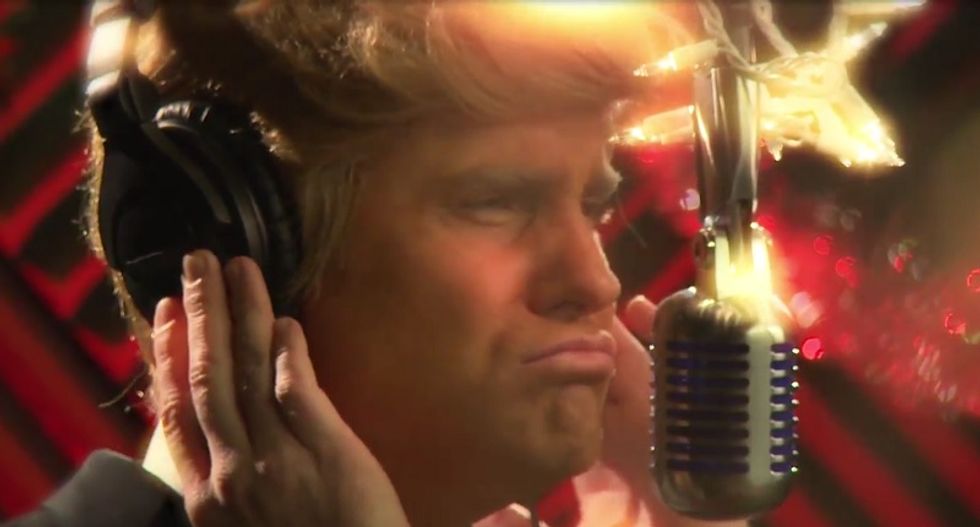 The comedians at Funny Or Die took direct aim at Donald Trump with a spoof of the Christmas classic "White Christmas."

It features an actor wearing a wig to mock the GOP presidential candidate's trademark fluffy orange hair, replacing some of the lyrics to make it clear Trump is dreaming of a holiday with only white people in it.

The video mocks Trump's racist rhetoric since launching his bid for the White House with racism.

In his opening speech, he called Mexican people rapists and drug runners and has since said he will build an impenetrable wall between the United States and Mexico. This week, Trump said he would openly discriminate against Muslims and bar them all from entering the United States.

This after he vowed to make Muslim Americans carry special identification.

In the spoof, the actor sings, "Oh won't it be grand / When all Muslims are banned /And refugees find some place else to go."

The song is punctuated by images of racist incidents, like Trump tossing reporter Jorge Ramos out of a press conference and Trump supporters beating a black protester at a rally.

Watch the skit, as posted by Funny Or Die, here: