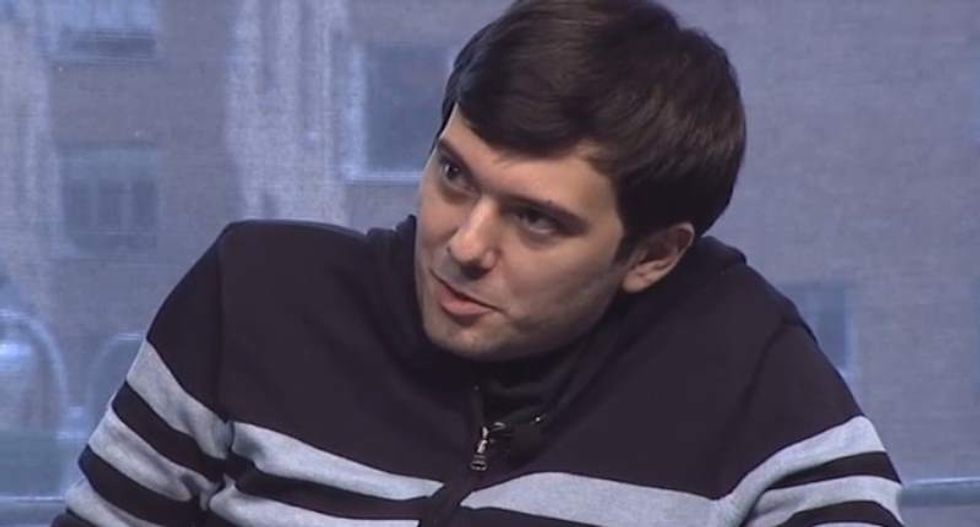 Martin Shkreli, the pharmaceutical executive facing U.S. charges of securities fraud, lost control of his Twitter account to hackers on Sunday, hours after he took to Twitter to plead his innocence, his spokesman said.

"It was hacked," Craig Stevens, a spokesman for the former chief executive of Turing Pharmaceuticals, said in an email. "We have been working with Twitter to get it fixed."

Shkreli, who gained notoriety this year when Turing hiked the price of an anti-infective drug often taken by people with AIDS, was arrested on fraud charges on Thursday and released on bail. He has actively defended his business practices on Twitter, tweeting as recently as Saturday that the allegations against him were "baseless."

Stevens said he was checking whether Shkreli's YouTube live stream, which he had been broadcasting from a day after leaving jail, had also been hacked.

A series of seven tweets at midday EST on Sunday from Shkreli's account included: "Anyone want free money? Willing to donate hundreds of thousands to charities before I go to prison ..."

Another read: "I am now a god", while as others contained expletives.

The government charges do not include activities at privately held Turing.

Turing had incited outrage over drug prices earlier this year after it raised the price of the drug Daraprim to $750 a tablet from $13.50.