Elisabeth Hasselbeck blames Obama for Trump's Muslim ban: We 'have to go to the extremes' to 'feel safe' 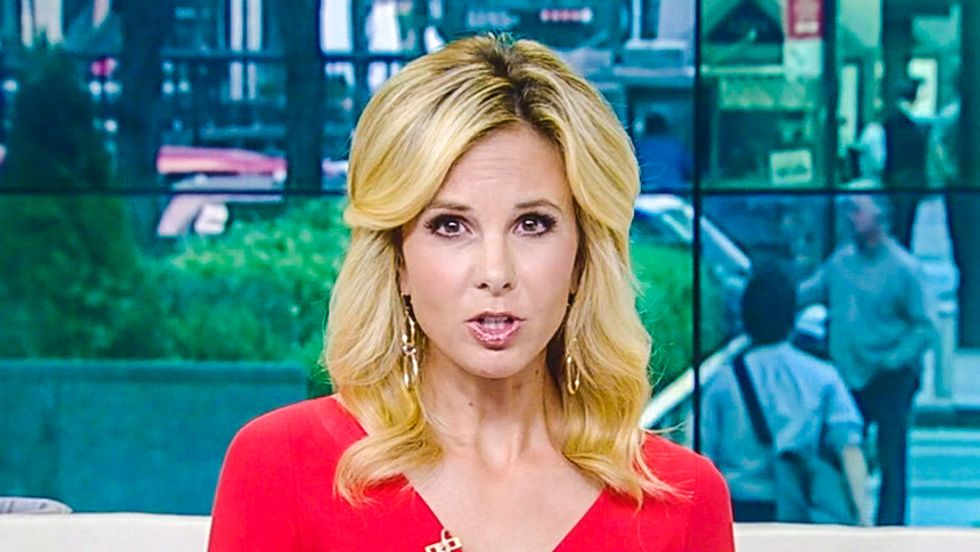 The hosts of Fox & Friends suggested on Tuesday that Donald Trump had been forced to "go to the extremes" with his plan to ban all Muslims from coming into the U.S. because President Barack Obama had failed to make people "feel safe."

"Unprecedented that religion would be a defining moment there, for someone to enter or not into this country," Fox News host Elisabeth Hasselbeck explained to co-hosts Steve Doocy and Brian Kilmeade. "And that's what I think so many people have an issue with."

"[S]ome will also question why don't we just fix the actual system in place," she continued later. "And why don't we have a leader in place that would actually make us feel safe about terrorists so we didn't have to go to the extremes and say, hey you, you believe this, well you're not coming into our country."

"I think a lot of people believe this country is about more than that and the terrorists want us to be not the way that we have been. "

Kilmeade said that Hasselbeck made a "great point."

"Because I think people saw [Obama's] speech Sunday and they said wait a second, who's got our back?" Kilmeade opined. "And when Donald Trump comes out with something that seems extreme, then people say okay at least I can say he's looking out for you."

The Fox News host added, however, that Trump had gone too far for many Republicans, including former Vice President Dick Cheney.