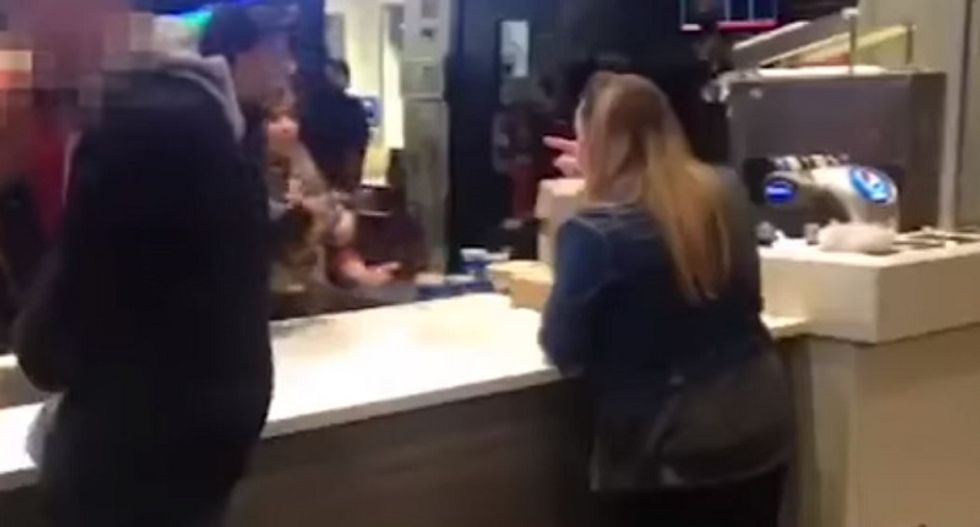 Not only has the United States exported its fast food chain, Kentucky Fried Chicken, to England, it seems to have exported its ranty customer histrionics as well.

A female customer at a KFC in Ashton-under-Lyme in Greater Manchester was caught on cell phone camera throwing napkins at an employee and shouting racist threats at her, according to Metro.

It's unclear why the woman became upset but she can be seen pointing her finger at employees behind the counter, then throwing napkins at them. A young woman then grabs her and tries leading her out, but not before she says, "You f*cking little black b*tch, I'll kill you."

Watch the exchange, as posted by the Daily Mail to YouTube, here: (Note: this version has swear words bleeped out and bystanders' faces blurred.)