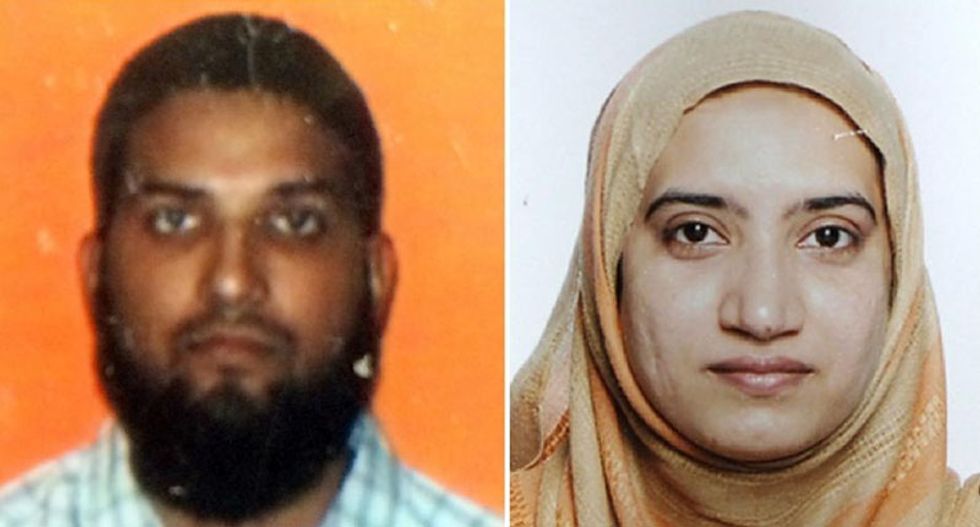 Syed Rizwan Farook recently took out a $28,500 loan from an online lender, a source said on Tuesday, before he and his wife killed 14 of his co-workers at a holiday party in San Bernardino, California, last week.

Authorities have said Farook, 28, and wife Tashfeen Malik, 29, were radicalized Muslims who committed an act of terror. While investigations into such attacks often focus on how they were financed, U.S. government officials said there are no indications the money trail in this case links the couple with any foreign group.

A source told Reuters that Prosper, a San Francisco-based online lender, made the $28,500 loan to Farook.

One of the Reuters government sources said Farook and Malik apparently pursued a scenario previously followed by U.S.-based militants by draining their bank accounts and maxing out credit lines before embarking on what they believe to be a suicide mission, knowing that they would not have to pay off the debts.

Prosper evaluates borrowers for loans, which are originated by third-party bank WebBank. Prosper then sells the loans off to investors.

Fox News first reported on Monday that Farook engaged in transactions involving more than $28,000 and that the money originated with WebBank.com around Nov. 18. It said investigators were trying to determine if the money was a loan taken out by Farook.

A source confirmed to Reuters that the $28,000 figure cited by Fox was roughly what the Federal Bureau of Investigation was looking into.

WebBank, which is based in Salt Lake City, did not immediately respond to a request for comment.

Farook, the U.S.-born son of Pakistani immigrants, and Malik, who was born in Pakistan and spent most of her life in Saudi Arabia, died in a shootout with police several hours after their attack on Wednesday morning at the Inland Regional Center social services agency in San Bernardino, about 60 miles (100 km) east of Los Angeles.

The assault is being investigated as an "act of terrorism," the FBI has said. Malik was believed to have pledged allegiance on Facebook book around the time of the shooting to the leader of the militant group Islamic State.

If the mass shooting proves to have been the work of people inspired by Islamic militants, it would mark the most lethal such attack in the United States since those by al Qaeda on Sept. 11, 2001.

Fox News cited a source saying Farook's financial transactions supported the belief that the shooting was premeditated and not the result of a dispute with a co-worker at the holiday lunch for San Bernardino County workers.