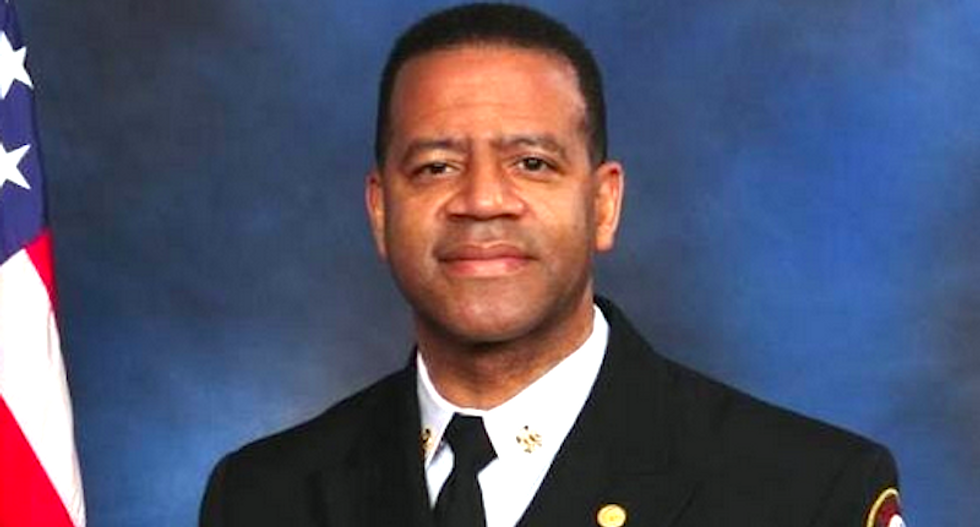 A federal judge will hear a high-profile discrimination lawsuit brought by a former Atlanta fire chief who claims he was fired for his religious beliefs after publishing a book critical of homosexuality.

City officials had sought the dismissal of the lawsuit, filed by Kelvin Cochran in a case that has been closely followed by conservative groups advocating religious freedom.

U.S. District Judge Leigh May said in a ruling issued on Wednesday that Cochran's claims of religious discrimination are plausible and refused to dismiss the case.

In a 2013 self-published book, "Who Told You That You Were Naked?," Cochran called homosexuality "vulgar" and "the opposite of purity."

Cochran distributed about 20 copies of the book at work, and the city fired him early this year after employees complained to city council members, city attorney Robert N. Godfrey said.

Cochran sued the city to regain his job, claiming violation of his First Amendments rights of free speech and religion.

"We look forward to proceeding with this case because of the injustice against Chief Cochran, one of the most accomplished fire chiefs in the nation, but also because the city’s actions place every city employee in jeopardy who may hold to a belief that city officials don’t like,” Kevin Theriot, Cochran's attorney, said in a statement.

Theriot works for the , Alliance Defending Freedom, a non-profit Christian advocacy group that says on its website the U.S. legal system has "been steadily moving against religious freedom, the sanctity of life, and marriage and family."

A city of Atlanta spokeswoman could not immediately be reached for comment.